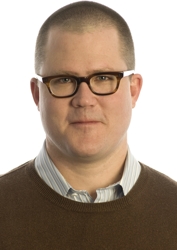 Yahoo sees another high-level executive departure, this time it’s a top-level content executive Luke Beatty. Luke is a Vice President and General Manager at Yahoo! and oversees Yahoo Local and all of the community properties, including the Yahoo Contributor Network, Flickr, Yahoo Groups and Yahoo Answers. Associated Content, now called the Yahoo Contributor Network, which Luke founded in 2005 and was acquired by Yahoo! in 2010 and is known as the web’s first crowd sourced media platform.

Prior to founding Associated Content, Luke was the VP of Business Development at WAND, a leading developer of media search and advertising taxonomies technologies. Luke is recognized for his expertise in crowd sourced content, content collection and distribution platforms, online advertising models and digital media trends. Beatty’s move comes as Yahoo is preparing large-scale layoffs and a massive restructuring, which several sources said will begin mid-week.