A product-related invitation only event which was first reported by CNBC –later confirmed by Yahoo – scheduled for Monday, May 20. But, what makes the event huge is, it is expected that Yahoo’s chief Marissa Mayer will speak at a mystery product event.

The event scheduled for 17:00 hours ET and the invite reads, “Join us as we share something special.” A company spokesperson shared that the event would also livestreamed while declined to give any further additional information on the subject. 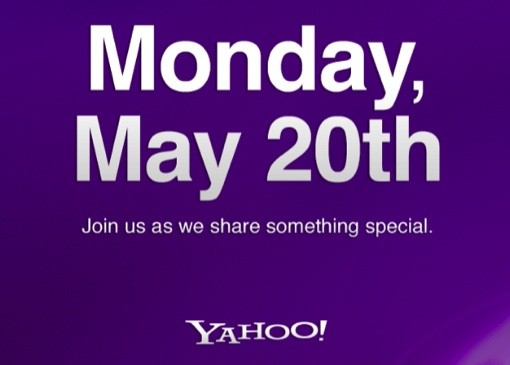 The latest buzz for Yahoo is its plans to acquire Tumblr – which plays a host to about 108 million blogs – for about a billion dollars. We would get to know on Monday that whether the event is something related to this or something else, although we will be covering live, so stay tuned.

Updated: According to AllThingsD, Yahoo’s board to approved the deal in next two days on Sunday to approve a $1.1 billion cash offer for Tumblr.