Many of us grown watching wrestling and many are still wrestling fan, so it would be interesting to note that World Wrestling Entertainment’s (WWE) website, WWE.com, got a big redesign over the weekend in order to boost fan engagement. The change is much deeper than launching a second-screen app even further WWE is also working on an iPad and smartphone app to reach users where they can grab them. The social and real-time features will be available 24/7, even when shows aren’t on air.

Jason Hoch, SVP of digital operations, WWE was aware that it was increasingly a social TV brand, and every live show it broadcast triggered hundred of comments from its huge fan base on Facebook and Twitter. “Our live events often land in the trending topics, because they generate a lot of passion,” Hoch says. Numbers speak for themselves; the WWE show Raw was ranked as the first social TV cable show by Trendrr in fall 2011, with 7% of the total social buzz for all shows. 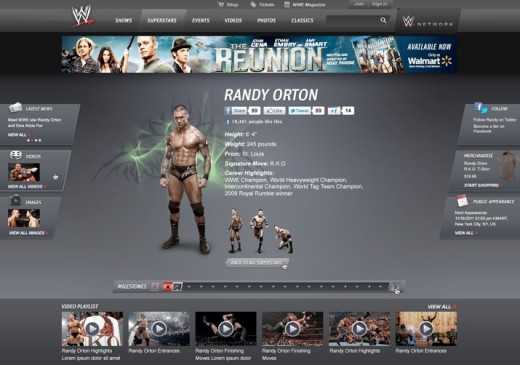