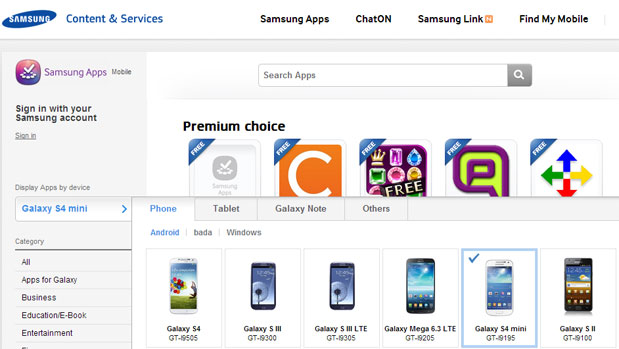 With just only announced yesterday that Samsung going to hold an event name “Premiere 2013” in which it is going to announce new Galaxy and ATIV devices, but The Wall Street Journal have to say something more about the event. Citing “a person with knowledge of the matter,” the publication reports that the South-Korean giant likely to announce the S4 Mini too as one of several new products in the event which is scheduled for next month in London.

The WSJ reported today while Samsung itself accidentally shares the glimpse already with sharing about the Mini’s forthcoming debut. The company on Sunday on its UK website for mobile apps listed the Galaxy S4 Mini with both photo as well as product number. The appearance which not lasted for long, gives at least a start about idea on what’s actually cooking inside although details about Mini still flat as earlier reports did say that it will be a smaller 4.3-inch version device bearing 1.6GHz processor, and an 8-megapixel camera, and will have a lower price tag.