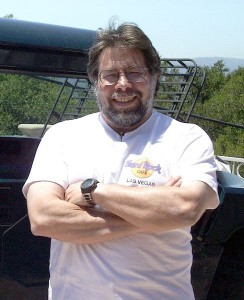 With Facebook initial public offering just round the corner, Apple’s co-founder Steve Wozniak niak told Bloomberg that he sees Zuckerberg as a “real acute” businessman who has both technical abilities, like Wozniak himself, and the vision and corporate smarts of Steve Jobs. “I was thankful to have a partnership with Steve Jobs and I see Mark Zuckerberg closer to the combination of us,” Wozniak said in the Bloomberg interview. “When he speaks he speaks with a lot of idealism for the users and a lot of good ideas for the product overall.”

Wozniak himself plans to invest in Facebook after the IPO launches, no matter what the price. Wozniak said Zuckerberg’s decision to hold out as long as possible before selling shares to the public was the right strategy for the social networking company. “I’m glad they held out so long,” he said. “You don’t have to think that your only goal can be an IPO.”

The company has set an IPO price of $28 to $35 a share, valuing the company by as much as $96 billion. When it goes public, Facebook will trade on the Nasdaq under the symbol “FB.” The social giant even finally got listed turning the heartbeats of many as it moves one step further for the much – the social giant has published the FORM 8-A with the U.S. Securities and Exchange Commission (SEC).