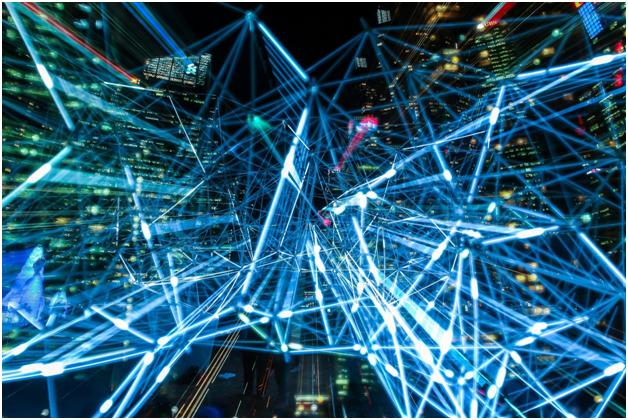 Sometimes it can feel like we’re a planet occupied entirely by spoilt children. Consumer tech is now so ubiquitous that future generations may think that it grows on trees, or is farmed from the ground. And who knows, maybe technology will have moved so fast by then that it will be. It’d be pretty cool if your great grandson went to pick a new iPhone from the Apple tree. Nonetheless, it’s easy to take the miracle of human invention for granted as we stride drive to work getting real time traffic updates through our car’s onboard GPS and listening to our favorite podcasts on our phone via bluetooth. Not that bluetooth technology is even confined to the car anymore. Some of us even use it to control our lights and heat our ovens.

If you were to explain your current life to your ten year old self, they’d probably stare at you in disbelief. Technological marvels that would have bordered on witchcraft as recently as the early ‘90s is now commonplace. In this spirit, we’ve decided to ground ourselves and pay homage to some of the greatest and most world shattering scientific discoveries that have shaped our lives today. Thus, we hope that you won’t take these quotidian miracles for granted as you go about your day to day life and maybe even stop and take a moment to appreciate the indomitable nature of human endeavor.

Let’s get the obvious out of the way, because in many ways it’s our ability to harness the raw power of electricity that has led to many of the technological miracles that we behold on a daily basis. Electricity is a Promethean power of the gods and it’s taken us over 250 years to tame it. We have Michael Faraday to thank for building upon Benjamin Franklin’s initial experiments and realizing that the key to inducing electric current lay in moving magnets around coils of copper wire. Even the biggest power plants in the world manufacture electricity using this exact principle.

The Wright brothers made the first aeroplane in 1903 and the miracle of aviation has only got more miraculous since then. Look at the history of human flight and you’ll see how some of the world’s most iconic aircraft have made flight faster, safer and more comfortable. The breakthroughs that have been made in the field of aviation are nothing short of astonishing… yet all we do is complain about it. From the slightly unreliable WiFi to the limited selection of movies to the cabin pressure (as if we deserve to be immune to the laws of physics), air travel has been the butt of many a joke made in ignorance. The next time you feel disgruntled by your flight experience, take a moment to appreciate the ingenuity involved in getting a 970,000 plane to travel at 575mph 30,000 feet above the ground.

Aviation is not only a miracle of modern engineering in and of itself, but its invention has revolutionised the geopolitical face of the world. It has allowed us to travel to other nations, facilitated trade and friendship between countries and changed the way we see the world forever.

The ability to summon light at will was once the stuff of ancient myth. Yet today we do it dozens of times every day without a second thought. There’s a reason why every time a cartoon character has a moment of inspiration it’s illustrated by a light bulb. The invention is a visual shorthand for innovation and invention. While Thomas Edison invented and refined the concept between 1879 and 1880, it was collaboration with Joseph Swan that led to the mass production of these humble but world-changing glass spheres.

One fundamental flaw in the core concept is that the light energy created by heating the bulb is technically waste energy. Thus, the industry has expanded into new technologies with LEDs and compact fluorescent lamps giving off the same amount of light but at a fraction of the energy cost.

We may have a love / hate relationship with our plastic, especially if we haven’t been boxing clever with our interest rates, but few could deny that a credit card can be extremely useful when getting us out of a financial jam. Credit cards are so ubiquitous, it feels like they’ve been around forever but they were actually invented in the 1920s specifically as a means to sell fuel to the small but growing clientele of automobile owners. The first universal credit card was the Diners’ Club card released in 1950. As the financial services industry realized just how lucrative these little plastic rectangles, and consumers realized how useful they could be in a tight spot, the face of finance began to change. For better or for worse few things have changed the relationship we have with money more than this humble sliver of polyvinyl.

Few technologies are in such a constant state of flux as those in the automotive industry, and rightly so. Along with animal agriculture, transportation is one of the world’s greatest causes of greenhouse gases and air pollution. The industry has responded in kind by making automotive technologies greener with widespread use of hybrid and electric cars as well as more environmentally friendly diesel fuels. Indeed Swedish manufacturer Volvo has pledged that all their cars will be either electric or hybrid by 2019. Alongside these advances, the entire industry appears to be racing towards self driving autonomous vehicles and while these technologies are to be lauded, one must spare a moment to pay their respects to the engineering marvel that is the internal combustion engine.

Watching an engine at work, it really hammers home all the many intricate processes that go into propelling your vehicle. This invention has enabled commuters to pursue jobs and careers that would previously have been out of reach, and expanded connectivity between communities in ways that have sparked massive social and economic change.

From starting a business to ordering a pizza there’s nothing that we can’t do with the aid of digital technology and we have one man to thank for its invention. While a proto version of the internet APRANET was used by the US Department of Defense in the ‘60s it was Tim Berner Lee who perfected the notion and created the internet as we know it today.

Take a moment to imagine what your life would be like without these groundbreaking technological advances and hopefully you’ll realize just how much you benefit from them.