Engadget reports that the software giant Microsoft has confirmed that it will launch the Release Preview of Windows 8 in the first week of June. The company made announcement at the Windows 8 Developer Days conference in Japan today. What not to be confused with here is that it is not with the full release of the new system which remains unconfirmed but is speculated to be coming in October – although we earlier also heard that the company is planning to extend its Windows store service to accept app submissions from developers in 38 markets in an upcoming pre-release version of Windows 8 as well as increasing the number of market-specific app catalogs from five to 26. 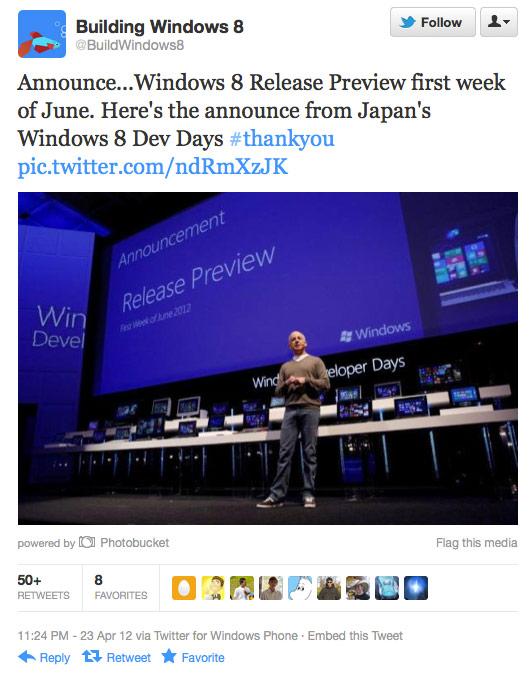