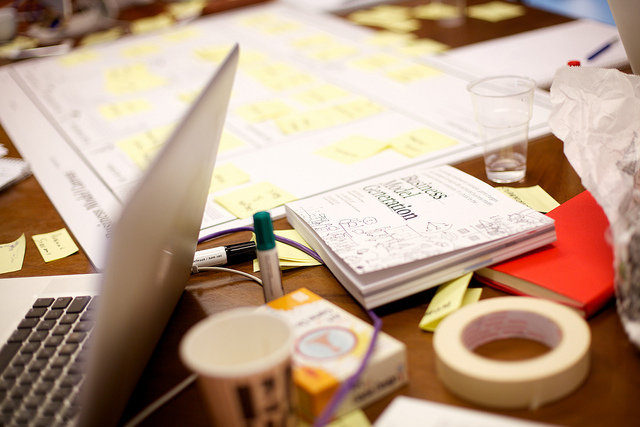 Before every sortie, A fighter pilot of Sukhoi Su–30 MKI relies and trusts his technical ground team to have done the necessary checks and maintenance ensuring the readiness of the flying machine; his life is in hands of his team and a small mistake on team’s part can cause a big mishap. A captain of a naval ship trusts his technical team to have done the necessary preparation for the technical workability of the ship before the impending voyage. An army officer in war situation knows that his team will follow the orders given in the true letter and spirit. Do you know that in all the three similar scenarios, the trust on each other is reflected? Do you know why the team members go beyond the call of duty while following their leader’s orders and  ensure the organizational goal is achieved? How these leaders have been able to win the hearts and minds of their team, thereby, achieving unflinching commitment and selfless dedication from their team?

Like Military, Corporate environment too has dynamic challenges, mostly in uncertain circumstances, and demands team to work in a cohesive manner for achieving the result. Leader plays a pivotal role in channelizing the team’s effort in the right direction and hence, both in military and in corporate, it is imperative that the team must be united, has confidence in the abilities of it’s leaders and works towards the organizational aim with total commitment. The practices adopted by military leaders, with great success,  in gaining trust and confidence of team have valuable and meaningful learning that can be adopted in business world for driving success in business in terms of positive work environment, high morale and motivation of team, improved team spirit, increased productivity, and higher retention rate.

In Indian military, military officers are trained to act as role models to their team members at all times on professional and personnel aspects such as discipline, punctual, fair and unbiased, loyal, honest,  optimistic, initiative, courageous, result oriented and compassionate . Every newly commissioned officer needs to prove his or her professionalism to the team members before the officer earns their respect; for the true respect in military is earned not demanded.  In times of difficulty and failure, these leaders don’t hesitate to acknowledge and admit mistakes or failures even when they have no role in it.  Being morally courageous, they don’t  deviate from their principles rather they stand more firm for the right cause, thereby, instilling a confidence in their team members that they are in safe hands. If a leader cum manager rises above the materialism and greediness, the team members automatically follows, leading to a wonderful and creative work environment. Also, It will be hypocritical of a leader to have checked the team member on something which the leader himself or herself do very often in public.

Know Your Team Members Individually; Reach Out To Them In Their Problems

It is important to know the capabilities and limitations of every team members so that they are employed at the right place, at the right time, for the right work. However, It is equally important to know them personally i.e. to initially observe them as human beings, their emotional quotient besides IQ,  their personality traits and, later on, to personally acquaint with them in a positive manner. In military, the informal system of interaction between leader and team members allows for a better understanding of each other personally and professionally. The changed socio-economic scenarios with nucleus families and no or  lack of support system at home, long deployment of soldiers away from home, have lead to high level of stress on our soldiers. However these soldiers  conquer their personnel problems and perform their duty in challenging situations with total devotion towards profession Military leadership and business leadership have a lot in common and thus can well be correlated with each other (Click here) . This resilience is the result of sound training as well as team building measures that the system inherently has. Some of these methods that have been extremely successful in military and that are highly applicable in corporate world are:-

While anyone who reads this will think what relation crisis management has with winning trust and confidence of team members, the fact is that leaders win or loose the trust and respect of their team members mostly during trying circumstances. During the routine process, It is difficult to know the true leaders from the masses, however in adverse conditions, the best leaders steer their team to victory. During times of crisis, entire team looks at the leader and expects him to take them out of problem. Therefore, a leader either wins or looses the trust of his team more in the times of crisis than a normal routine situation.