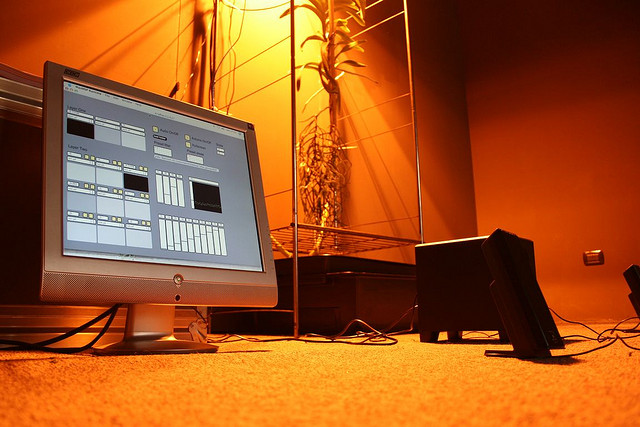 The term ‘360-degree feedback’ is additionally known as a multi-source, multi-rater assessment that usually comes from the staff of a certain organization. Some people agree with the idea that the program is efficient, while others claim it can lead to failure. Generally speaking, performance feedback is an excellent evaluation, yet what happens if everything goes wrong? Believe it not, some business domains consider that 360-degree feedback is inefficient when it is not employed correctly.

A better understanding of the 360-degree feedback

For those who haven’t dealt with the 36-degree feedback before, understanding the program first can determine its actual value. As an individual you basically receive direct feedback on a certain matter from your boss, colleagues, peers, and so on. This feedback assesses both your strengths and weaknesses, and because it comes from everyone, it is considered a 360-degree program. If performed correctly, it will allow you to make improvements yet when carried out poorly, it often leads to conflictual situations, anger, mistrust, and it can lower the morale of your team. Why do 360-degree feedback programs fail?

Lack of privacy: Individuals who have never experienced the 360-program before tend to question the way the data will be employed. Furthermore, they might assume that the information collected will be used for other purposes than the one stated. It’s extremely important for a human resources department to assure the participants than the whole process is a confidential one, and that their answers won’t be publicly revealed.

Lack of an efficient development plan: What’s the point in running a smooth 360-degree feedback program if you can’t use the data accordingly? Failing to do something meaningful with the information gathered can only mean that you’ve wasted valuable time on a matter that can’t bring any benefits. What’s even worse, a bad development plan means you also managed to waste the valuable time of the respondents. Each and every individual who accepts feedback has to create several development goals based on the received feedback. Those goals have to be both achievable and measurable.

No liability: Development goals are useless unless individuals are held liable for attaining them. Certify that your workers and their managers can understand the importance of creating S.M.A.R.T (specific, measurable, achievable, rational, and timely) goals. The goal of a 360-degree feedback program is to help workers do better. Bad feedback is intimidating and counter productive, and when it’s not provided the right way the whole program can backfire.

Personal comments rather than constructive: There have been people who have gone through dreadful 360 experiences. It’s extremely important that the respondents understand the feedback report has a sole purpose: to be constructive and not interfere in any way on a personal level. Keep things objective and as professional as possible if you want people to answer with the truth.

Vague questions lead to poor results, poor results make the 360-degree feedback program fail: Numerous 360 programs contain personality profiles. ‘Are you a red or a blue color?’ ‘Are you a democrat or a republican?’ Personality profiles are in trend right now, which is pretty incredible. Some individuals become ‘true believers’ and they actually trust their own persona. Nonetheless, if that’s the purpose of your questionnaire, you will probably have a difficult time translating the profile of your team into measurable and specific actions. Certify that your selected tool is planning on giving back actionable information.

Factors that lead to failure in a 360-degree feedback program

Many organizations out there are rushing their 360-degree feedback program and they’re not spending enough time to lay down the foundation of the survey. Some of their most common errors include:

As far as the effectiveness of a 360-degree feedback system, people have different opinions. Consultants and organizations are rushing into using the program without ever comprehending if it worked or not. Some of them may be using the system just because it’s the latest trend in management development. It’s certainly difficult to assess if it works or not, and that’s mainly because it depends on various factors. If performed well, the 360-degree feedback program can work, yet it fails and it brings negative consequences when it’s badly implemented.

In order to receive candid feedback and be 100% sure that the people around you are comfortable with receiving feedback, it’s essential to convey to both respondents and participants that the 360-degree feedback program you’re about to issue is confidential and anonymous. For the entire process to be carried out smoothly, it’s best to ask a neural party to conduct the surveys. Hence, the respondents will have more confidence, they will feel comfortable, and they will be able to give straight answers.

Always remember that when people are not comfortable with giving feedback, they might not be as candid with their answers; they might not even agree to participate. When people are not up to providing feedback, they could be less open to the feedback they’re about to receive, or they may not partake at all. There’s no doubt that faulty 360-degree feedback systems can fail when the two parties are not dedicated to providing an ideal environment for the program to take place. Yet, providing that changes are made and conditions are being met, there are great chances for the system to work.