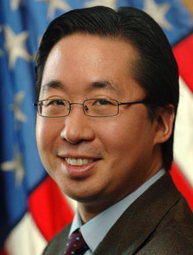 The White House named Todd Park as the Chief Technology Officer in order to fill the role on a national level. Park replaced the departed Aneesh Chopra. He has served as CTO of the U.S. Department of Health and Human Services, where he was a hugely energetic force for positive change.

During his tenure, he led the successful execution of an array of breakthrough initiatives, including the creation of HealthCare.gov, the first website to provide consumers with a comprehensive inventory of public and private health insurance plans available across the Nation by zip code in a single, easy-to-use tool.

The U.S. CTO’s office is situated here within the White House Office of Science and Technology Policy, where Todd will work closely with U.S. Deputy Chief Technology Officer for Telecommunications Tom Power.  Tom will perform the duties of OSTP’s Associate Director for Technology—a position previously held by Chopra in conjunction with his role as U.S. CTO—while a search is conducted for a permanent replacement.