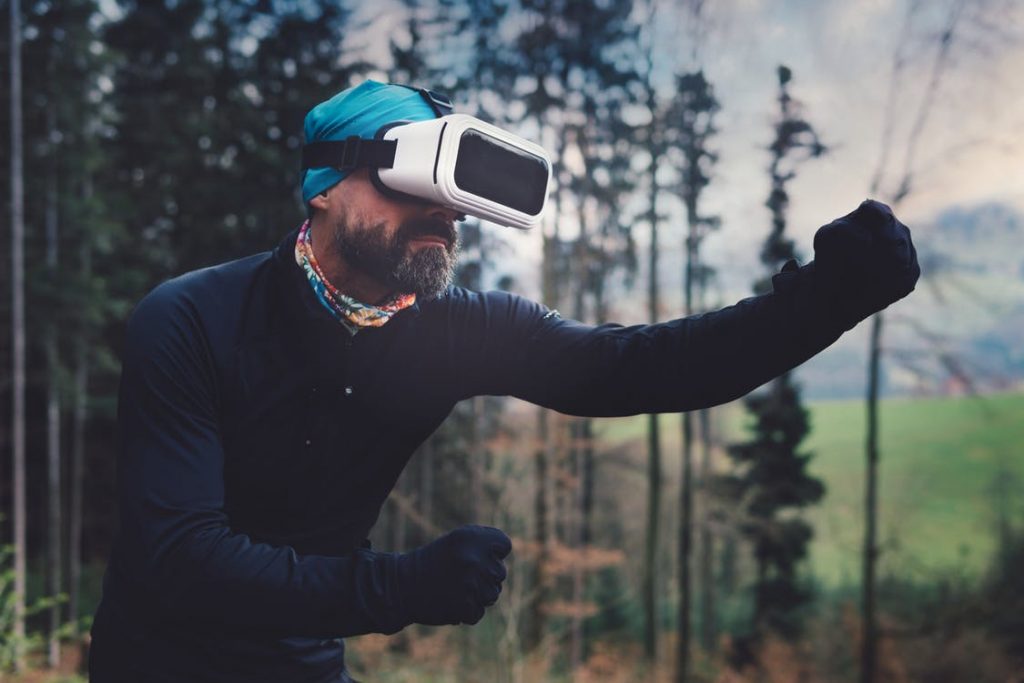 Gaming promised to break all perceivable boundaries once Virtual Reality would be incorporated in regular gameplay. VR sets have the potential to upgrade the experience of gaming significantly by taking dynamic 2D to full surround. But VR technology has proven itself worthy of far more than gaming, with more and more fields incorporating it into their upcoming projects. In this article, we will tell you about three major branches that have managed to make some significant advances by employing VR.

VR in the Medical Field

Virtual Reality has been used in several medical branches, but the most notable success was seen in recovery medicine. By providing a visual experience to patients recovering from physical injuries, doctors have seen impressive improvement. For instance, patients with locomotor injuries can visualize what it felt like to walk. By adding VR to their recovery exercises, they not only get the satisfaction of actually walking, but they have the visual aid to serve as a tangible goal. And if this was not impressive enough, then let us tell you about another project that uses diagnostic imaging such as ultrasound and CAT scans to produce a 3D model of the patient’s real anatomy. Such a tool can do wonders for surgeons because they can practice procedures on the 3D model of the patient before taking the scalpel in their hands. Moreover, they can use it to locate lesions or tumors and gain important insight about upcoming procedures. And these are only two of the numerous examples of VR in medicine. Given the huge potential that Virtual Reality has shown in so many projects, we are sure to see it introduced in more and more fields of medical research.

VR in the Lottery Business

It may be difficult to imagine Virtual Reality integrated in the lottery business, but it seems that it has found a very important use for lottery winners. Loto-Québec, one of the central lottery operators in Canada has decided to come to the aid of new winners who may not be ready for the less-fantastic parts that come with their lotto prizes. From the unexpected loaf of distant relatives and strangers asking for money and all the way to genuine well-wishers, people who win the lottery are exposed to an impressive range of unexpected situations. And while winning a few million in the Mega Millions lottery promises to be heaven on Earth, there is a monumental amount of stress that comes with every big win. And just to avoid the serious consequences that this may have, Loto-Québec has made a VR simulation that lets the winners experience all of these potential stressors in a controlled environment. At the moment, the technology is available to all players who win over $250,000 and according to the feedback they have provided, it is extremely useful. Loto-Québec intends to promote the use of VR technology so that one day it will be made available to lottery winners from all over the world.

VR in the Automotive Sector

VR produce high-quality simulations and it seems that the automotive industry has decided to integrate this in their testing procedure to be able to build better cars faster. Ford, one of the world’s leading motor companies, now uses VR for the inspection of car models that have not yet been produced. By using VR sets, employees can conduct a rigorous inspection of the car’s interior and exterior, from engine to outer design, and identify potential issues before the production process has even begun. This will reduce the duration of the overall car production process, which will end up saving a lot of money for car companies. Another use of VR in the automotive sector is in the education of the drivers. TeenDrive365, a project conducted by Toyota and Oculus Rift has greatly improved the process of how young drivers perceive the reality of being in traffic. The simulation allows them to experience the hardships of driving in busy traffic, with phones beeping in the car, or with talkative friends to distract them. With the VR set, they can see the consequences of distracted driving in a safe environment and get a real incentive to stay safe.

As you can see, the enormous potential of Virtual Reality has already spread far beyond the world of gaming. It remains to be seen how much this type of technology can improve our lives, but it is safe to say that in a few years, VR sets will no longer be a novelty, but a useful tool that all of us will resort to.