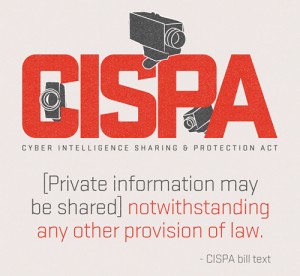 The US House of Representatives has passed the controversial Cyber Intelligence Sharing and Protection Act, or CISPA (HR 3523) by a vote of 248 to 168. The bill would give government and military intelligence agencies the ability to inspect private data without the use of warrants. Supporters for the bill include Google, Facebook, Microsoft, IBM, Oracle, Symantec, AT&T and Verizon. While the bill hasn’t garnered the same level of outrage as SOPA did in recent months from companies but the Obama administration has already strongly opposed CISPA and threatened to veto it, so it’s not likely that this particular version of the bill will pass.

The White House says that the bill is “without clear legal protections and independent oversight, information sharing legislation will undermine the public’s trust in the government as well as in the internet by undermining fundamental privacy, confidentiality, civil liberties, and consumer protections.” We’ll be covering CISPA in more detail and will let you know what happens to the bill in the coming days although be sure to check the final vote results if you would like to see how your representative voted.