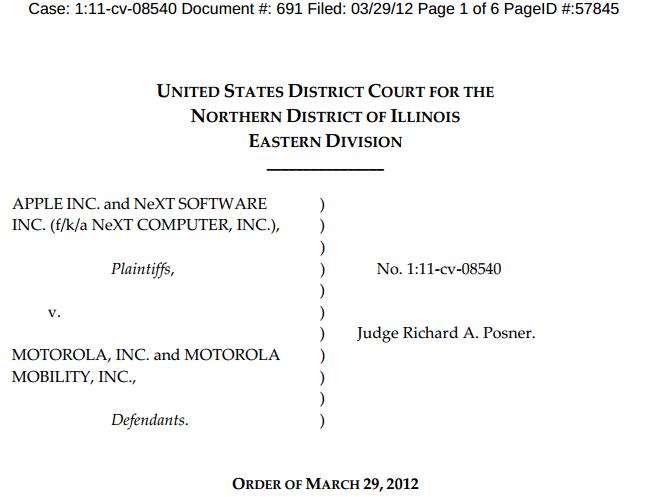 Apple on Thursday had won an important victory against Motorola in the form of a claim construction order interpreting the meaning of certain claim language in Apple’s Patent No. 7,479,949 which is related to scrolling behaviour from US Judge Richard A. Posner. The judge tasked the time while construing the claims in the patent over the multi-dimensional scrolling on a touch device.

In the case, Motorola wanted that the court would agree on to insert a narrow requirement into this particular claim language that a finger swipe had to move within exactly 27 degrees of being perfectly vertical before the device would translate that movement into a purely vertical scroll. While the court did not provide a decisive infringement ruling, but it adopted Apple’s broad interpretation of scrolling patent and rejected Motorola’s one.