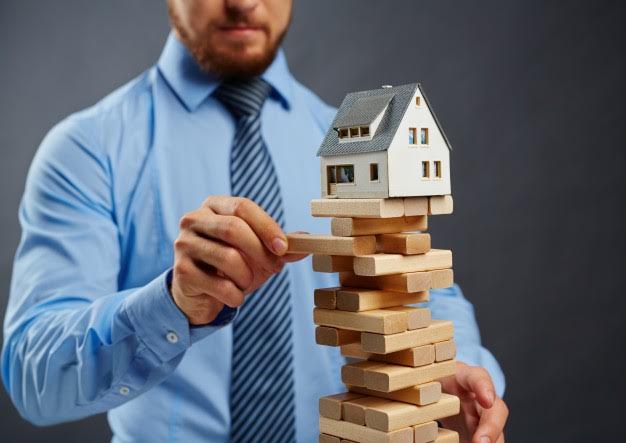 Brexit, the impending General Election, the April Buy-to-Let taxes, and tightening up of property loans for first-time buyers (FTBs) are contributing to a very uncertain looking forecast in the UK property sector, as sales slow and estate agents are left with little to sell.

Residential property agents are struggling with empty books at a possible record-breaking low. According to the UK Residential Market Survey conducted by RICS, individual estate agents have an average of only 43 properties to sell.

So what is causing the problem, and will the ship right itself, or is the bubble finally, finally about to pop?

The impact of Brexit

Immediately after the declaration of last summer’s referendum result, it seemed the UK property market was about to collapse. But, 10 months later we are yet to experience more than the first shockwave.

Yes, it may have discouraged dramatic decisions from buyers and sellers that were only tentatively exploring the market. Plenty of investors are still hawkishly watching the value of the GBP and trying to predict the still-uncertain shape of our post-Article 50 relationship with the continent. But general post-Brexit trends indicate that, for the time being,consumer confidence is still strong. What’s more, the nation is still investing in high-ticket items like cars, which are typically the first sales to be hit when the economy is in bad shape.

If Brexit is not to blame for market stagnation, what else is?

Cutting tax-relief on mortgage payments for buy-to-let landlords has certainly had an effect on the property market, as has the 3% Stamp Duty Land Tax (SDLT) surcharge on second property purchases. The Government intended for these measures to stem the flow of investor purchasing, which seems to be working.

As fewer landlords are looking to expand their portfolio, there is less competition for property and subsequently more houses are failing to reach their asking price, generally leading to a drought of willing sellers. This problem continues to feed itself. Property development companies face a similar issue – they can no longer depend on sales to buy-to-let investors, and are consequently reducing the scale of construction for starter homes.

This leads nicely onto the third issue, which is the struggling demographic of first-time buyers. With the amount of available property shrinking in response to the lack of demand from investors, the opportunities for first-time buyers also diminish.

But it’s not all bad news. This lack of competition combined with landlords selling off less profitable properties should see a surge in availability for buyers on the lower rungs of the ladder. Indeed, there has been a significant and promising uptake in first-time buyers, accounting for 42% of all mortgage loans for house purchases.

However the younger generation are still being priced out of even the lowest rungs of the property ladder. Government policies and incentives are (and will continue) to push FTBs towards purchase,but according to the Office for National Statistics the average house price still sits at 7.6 times the annual salary. By stark contrast, mortgage lenders are being advised not to offer loans of greater than 4.5 a borrower’s income.

An increasing number of the young adult population are living with parents for longer to try and scrape together a deposit, or sharing the equity of a house with a partner, sibling or friend. Even help-to-buy schemes cannot bridge the gap between the current deposit requirements and what is actually affordable. And it does nothing to solve the lack of supply of homes in the first place.

Increasingly, the demographic of first time buyers reflects the privileged few who can afford to purchase with a gift or loan from the Bank of Mum and Dad, or older savers that are only reaching the first rung in the property ladder in their 30s.

The future, then: What’s in store?

The future of the property market is a difficult one to predict simply by nature of the unpredictability of the beast that is Brexit. UK inflation is on an upward trajectory and that places further pressure on housing supply – higher inflation usually means fewer new constructions. Then there’s the imbalance between the Millennials’ pay packets and the over-inflated prices of property.The facts reveal little about what the future holds.

Economic uncertainty and inflation, along with affordability constraints are ultimately looking likely to impact housing demand. A report in The Independent earlier this year predicted a stormy road ahead for the property market, but there are other less gloomy predictions from property pundits.

On the future of the UK property market, Martin Ellis, Halifax’s housing economist, succinctly argues, “the relatively wide range for the forecast reflects the higher than normal degree of uncertainty regarding the prospects for the UK economy this year.” The outcome of Brexit will ultimately define the future.