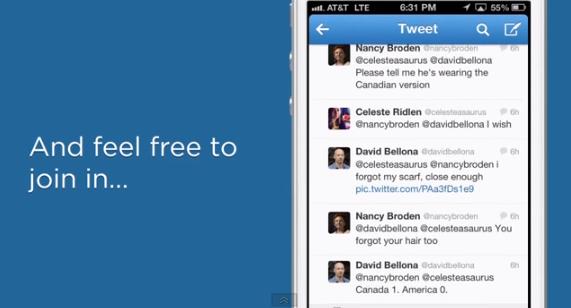 Twitter today announced that it has revamped the interface for both its iOS and Android apps with adding vertical blue line which in turn will make conversations between users more visible, instead of showing one tweet at a time.

You will notice that the home screen will now be displaying the three most recent tweets in any conversation with allowing you to expand to show the full back-and-forth when trapped.

Moreover, the update will also let users to report tweets as abusive. You can get the iOS and Android versions from their respective app stores while the company says that the changes will begin rolling out to mobile users today.