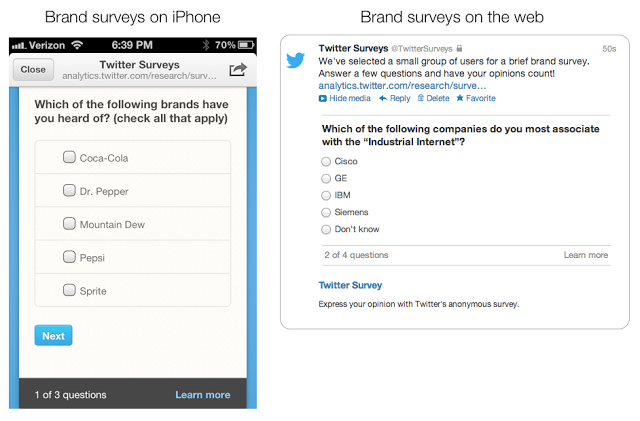 Twitter today announced that it has opened up its cross-platform Nielsen Brand Effect survey tool to all of its advertisers in US, UK and Japan. The tool is designed in such a way to demonstrate both the effectiveness and utility of its Promoted Tweets program and with the move the micro-blogging giant today moving this capability out of beta.

The company further shared the initial results demonstrating Promoted Tweets driving stronger message association, brand favorability and purchase intent. The result shared by Twitter found of to be suggesting that the Promoted Tweets increase the rate propositioning with users associate a brand’s ‘message’ over the Twitter.

Further, the multiple exposures (twice to thrice) to a Promoted Tweet campaign will lead to 10% lift, on average on comparing to users exposed to the campaign once. Also, on sharing that the users who engage with a brand’s Promoted Tweet report on average 30% higher brand favorability while 53% higher purchase intent than non-engagers.