Twitter soon to be coming up with the “brand pages” feature by next week for brands and partners who have already committed to spending a minimum of $25,000 on its ad products – including promoted tweets and trends on micro-blogging site.

An email from a Twitter account executive Ad Age obtained states, “the roll-out of brand pages to a larger group of brands and partners will begin Feb. 1 and advertisers must have an active insertion order in Twitter’s system of $25,000 to qualify.”

“A tweet’s only 140 characters,” Twitter’s chief revenue officer, Adam Bain, said last month. “When consumers want to learn more, spend more time, or get deeper in terms of engagement, we think they’ll end up on the brand page.” 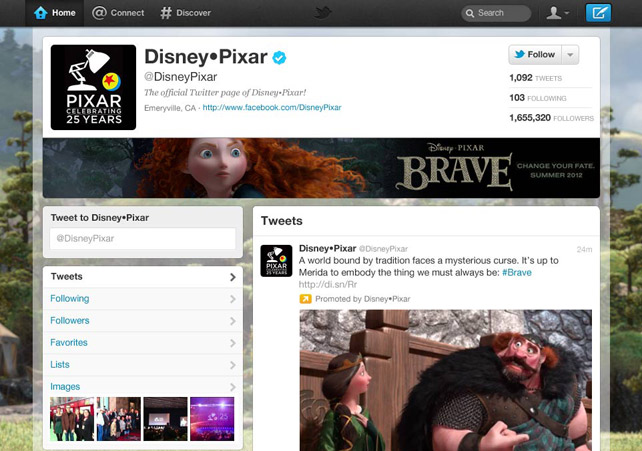 Twitter unveiled its brand page service, launching initially with a group of 21 marketers – which includes Coca-Cola, Disney, Nike and PepsiCo. – All the marketers who had committed with the micro-blogging site for $25,000 ad-products spending.

Ad Age also states that, “The Company’s launch group of 21 marketers was made up of its higher-spending media partners who had committed a minimum of $2 million to ad spending on the platform, according to an industry source who was informed by two Twitter sales representatives. A source at one of the launch brands confirmed that their company had made a yearlong spending commitment on Twitter ad products of at least $2 million.”

Seems like the micro-blogging giant is experimenting a lot of newbie in its kitty that if something might get fits and results into increasing the revenue, otherwise, if we see the company is on the urge is so simple trying to compete with social network giant, Facebook.