Tumblr introduced its first official Sponsor products which are now available to advertisers. The new product will allow brands to get featured in Tumblr Radar and Spotlight. The blogging platform server more than 120 million daily impressions, with Tumblr Radar – it showcases a sample of the most creative and interesting media on our network. Sponsors get a dedicated share of attention, with the opportunity to gain thousands of new followers, likes, and reblogs. The Tumblr Spotlight drives tens of millions of follows each week for new and existing users. Sponsors are featured front-and-center. 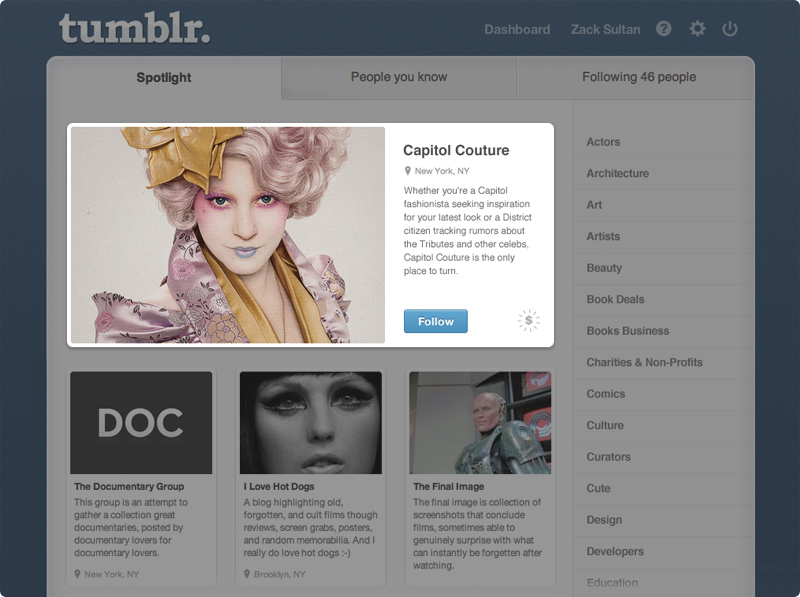