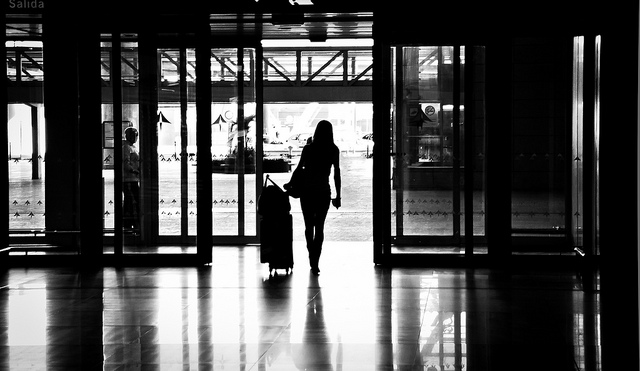 You’ve done your research, you’ve visited the area you love several times over the past few summers, and you’ve finally reached a conclusion. You’re moving to Spain. Nothing anyone else says or does will change your mind. Even Brexit hasn’t put you off, and you’ve started the hunt for your perfect property. We think it’s great. We’re ecstatic for you. What a great move. We’re right behind you.

Now you’ve heard how supportive we are of your imminent lifestyle overhaul, but you might want to hear us out on this one. Have you actually been there in the winter months? Have you spent longer than a few weeks there in a single visit? Even if you’ve spent the whole summer there, the winter months can bring something quite different in many areas. Don’t worry, we’re absolutely not putting an embargo on your house moving project (we still think it’s great), but you might like to consider trying out a winter there before you commit to sinking all of your capital into a property.

Long term lets are common place in Spain, and testing an area by staying in a rental property is a great idea. The winter months are an opportunity for you to really get to know an area outside of the usual holiday season. You might take some convincing we know, so here are some of the reasons why a winter rental in Spain might be a better idea than you think it is.

We are no further forward with what Brexit will mean for expats living in Spain. There are questions to be answered over healthcare, education, pensions, validity of the UK driving license, and the EU pet passport scheme, as well as mobile phone roaming charges. If you are at all undecided or concerned over the consequences, taking a long term let will give you time to get further information before you take the plunge. Unfortunately, we don’t have a crystal ball to predict whether it would be better to take a chance with buying now or wait. Only you can make your mind up on that one. Brexit aside, there are some other good reasons to try before you buy.

Getting to know the area

It’s one thing being a holidaymaker, and another thing altogether living somewhere permanently. If you know which area you’d like to move to, then renting long term enables you get to know what daily life is really like. It’s an opportunity to get to know neighbours, form some friendships and test out all the local facilities.

Renting through the winter months will enable you to experience changes in the climate compared to the summer. While you’ve spent many a week basking in the Spanish sunshine over the summer months, you may not be prepared for the drop in temperature over the winter. Now don’t be disheartened, Spain will certainly give you a milder climate than that of the UK over the winter, but it’s a myth that the weather is always good. While in the summer, especially in southern Spain, the weather is usually sunny, in the winter it can be decidedly chilly. It’s definitely not sun-bathing weather in Spain during the winter months. However, it is definitely one of the more pleasant climates of the European countries, especially compared to Northern Europe.

With many Spanish holiday destinations flooded with tourists during the summer, it’s no surprise to hear that those areas can be significantly quieter during the winter. Many shops, restaurants and bars will be closed over the winter months, so you’ll need to do your homework on what is open before you commit to a rental if you prefer to be somewhere lively. There’s still a buzz about most of the Spanish holiday destinations during winter, but without the summer hordes. Coastal resorts and the picturesque, Andalucian villages (pueblos blancos or white villages) offer a more relaxed and authentic experience out of high season.

Cultural attractions such as the splendid Alhambra Palace are open virtually all year so taking some time to explore without the crowds is a definite plus. It will be cold in the mountainous regions during winter so you’ll need to be prepared for that. There are many ski resorts in Spain, mostly in the Spanish Pyrenees, and not forgetting the most southerly ski resort in Europe at Sierra Nevada.From the Christmas markets in Madrid and Barcelona, to the striking Guggenheim Museum in Bilbao, Spain’s rich culture has something to offer in all seasons.

If you really want to be sure you are making the right move, then a long term rental might be for you. With the implications of Brexit no clearer now than when the vote to leave came in at the polls, a long term property rental makes an attractive proposition.

About the Author
Dakota Murphey

Dakota Murphey is a (BA Hons) Marketing Graduate working as an independent content writer whilst on travels around Europe. Marbella’s largest and longest running real estate agent Panorama, were consulted for this article.