According to the latest Quarterly Global TV Shipment and Forecast Report issued by NPD DisplaySearch, the overall TV market is expected to decline this year. The total TV shipments are forecast to fall 1.4% in 2012 to 245 million units while LCD TV is expected to increase by 5%, compared to 7% growth in 2011, reaching 216 million units. Average LCD TV selling prices are only expected to decline 4% in 2012 compared with 6% erosion in 2011 and 10% erosion in 2010. 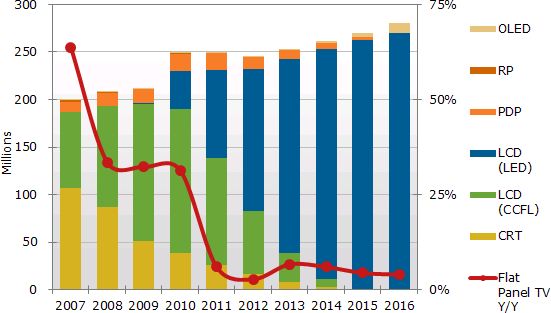