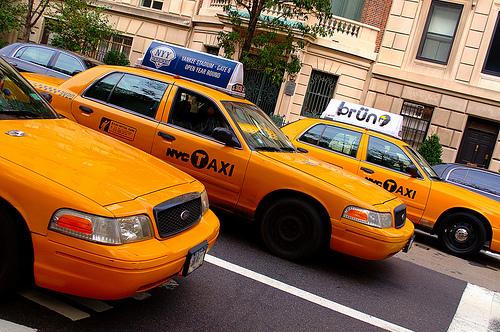 When professionals decide to pursue a career, many of them don’t realize how dangerous some jobs can be. Money, benefits, skills, and countless other reasons can influence job choice, even for the most dangerous occupations. Ironworkers, for instance, may enjoy excellent compensation, but they also endure one of the deadliest jobs in the nation. Though workplace fatalities appear to be on the decline in all industries, that doesn’t mean that these industries are necessarily safe places to work. Read on to learn about six of deadliest jobs in the United States.

Statistics show that people who work alone and those who handle cash are at high risk for being murdered on the job. The job of a taxi driver might sound simple, but the fact that the job can turn deadly is yet one reason why a lot of people steer clear of this career path. From 1993 through 2002, nearly 24 cab drivers were killed for every 100,000 people who became cabbies. This high rate of murder has since decreased to only eight per every 100,000, but this still makes the job of a cab driver one of the most deadly in America.

Most iron workers make upwards of $40,000 a year, but this job, too, can be dangerous. Even while completing the required two- to four-year apprenticeship program, a worker is allowed to be on the job. This means many iron workers are on-site before their training is complete. Unfortunately, though, more than 30 iron workers out of every 100,000 die on the job each year. Even higher numbers of these workers endure workplace injuries.

Staying at home and working on the farm may seem like a dream job, but the hours tend to be long, and the risk of injury and death is quite high. In 2013, approximately 21.8 farmers and agricultural workers per every 100,000 were killed on the job. If you’re a parent, you’ll definitely want to keep this troubling information in mind when sending your kids to work on the farm during their teenage years. You may find that a job working as a bag boy in a local grocery store is far more safe.

Truck drivers are well known for using stimulants to help keep them awake as they make long distance trips across the country. Perhaps it’s their long hours and the pressure to meet strict deadlines that contributes to the nearly 26 deaths per 100,000 drivers. There are many resources for truck drivers to take advantage of, including national road closure information, safe spots to park and sleep, and many more.

Loggers hold the most dangerous job in America. Every year, there are nearly 100 deaths per every 100,000 workers in the logging industry. The job itself is incredibly strenuous, and without proper training, the risk of injury and death are greatly increased. Since the average annual pay for loggers is only $32,870, it is safe to assume that the pay does not compensate for the risk of death.

Whether you’re fresh out of high school or advanced in your career path, it’s imperative to be aware of the deadliest jobs in America. Knowing which jobs are the most dangerous can greatly influence the choices you make for you and your family.