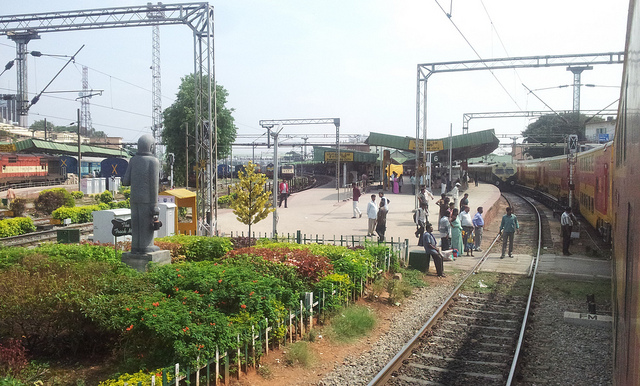 Popularly known as the garden city of India, Bangalore is also well known for a couple of things other than the magnificent gardens and the cool weather that manages to keep one lazy all day everyday. With a population of over 6 million, Bangalore stands tall as the third largest city in India. It is also the most ethnically diverse with the population that is an amalgamation of almost every part of India, thanks to the IT boom of the mid 90s.

The diverse ethnicity of the Bangaloreans reflects perfectly in their cuisines which is heavily dominated by South Indian vegetarian dishes. However, like the people, you will also find cuisines to soothe every taste bud. From the spicy nawabi food of Hyderabad to the tangy curries of Goa, pungent preparations of the North East and the powerful sweets from Kolkata, you can find everything in Bangalore. If that wasn’t enough for you, you can also choose from a range of International cuisines making Bangalore a gourmet’s paradise. Here are 5 of the must visit restaurants for every gourmet that visits Bangalore

The Mavalli Tiffin Room or MTR is the pride of Bangalore’s food culture. The restaurant/food enterprise has been featured by several popular travel series and magazines. Located on the backdrop of the famous Lal Bagh gardens, MTR is well known for inventing the Rava idli and is a must have for anyone visiting MTR. The rava idli was invented during the WWII when the chefs at MTR weren’t able to get their hands on rice to prepare idlis and used semolina instead for the preparation. The result is the invention of rava idli. During the 1070s, India was under an emergency rule that mandated food to be sold at incredibly low prices. At a time when most restaurants were whimpering to serve quality food, MTR rose above all and ventured into the instant food market which thrives even to this day. Other than this, the restaurant is also holds a record for serving the most customers in under 7 hours. They say necessity is the mother of all inventions and MTR is a clear example of this quote.

Located at the bustling Gandhi Bazaar in South Bangalore – one of the oldest parts of bangalore, the Vidyarthi Bhavan is yet another food paradise in Bangalore. A place rich in history and a place well known for it’s Masala Dosas that have been known to bowl over the hearts of gourmets since 1943. A place where you need to share tables and wait in queues for hours just to get your hands on the crispy dosa and a perfect shiny little goblet of filter coffee. You could of course order idli, vada or even pongal all of which are excellent. A warning though for any of you about to visit Vidyarthi Bhavan, be prepared to see people waiting right next to you as you eat so they can occupy your seat and have their dosa as soon as you are done. While this might seem a bit too obnoxious, many people are too busy enjoying their dosas to make note of someone waiting right next to them.

Yet another place located in the South Bangalore region, Brahmin’s Coffee Bar is a small place established in 1965 and is popular for it’s mouth watering idli and vada. In fact, the breakfast menu consists only only 6 items including idly, vada, khara bath, kesari bath, coffee/tea/milk and butter. If you feel that butter is a strange accompaniment, try a nice little dollop with your idly and you will know why it exists on the menu. Brahmin’s Coffee Bar is also perhaps the only place in Bangalore that doesn’t serve sambar. All you get to wash that nice fluffy idly down is the spicy chutney served by Mr. Radhakrishna Adiga who own’s the place and sits at the entrance every day pouring the spicy chutney to all those walking out with their idlis and vadas.

The Central Tiffin Room or CTR is located in the Malleshwaram area of Bangalore and is popular for “Benne Masala Dosa” if you are wondering what is Benne, it is the Kannada word for butter. Bangaloreans do love oily and greasy food perhaps that is why every popular preparation in Bangalore goes down well with a dollop of butter. Established in the 1920s, CTR sure does give a close competition to Vidyarthi Bhavan when it comes to Masala Dosas. CTR has also won several awards for their Benne Masala Dosa which gourmets say is the best in entire India.

About the Author
Marian

Marian D'Souza is a self proclaimed foodie and is passionate about everything associated with food. He is an engineer by qualification and a writer by choice. When he's not bent over his laptop, you can find him roaming the streets of Bangalore tasting every food joint he comes across. He writes about all things food and drink at the BWYD Magazine.