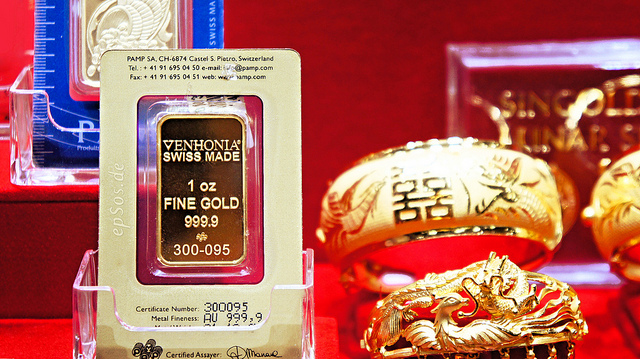 Africa is home to many top gold producing countries, but China, Russia, the United States, and Australia have all increased production in the 21st century thanks to a number of different factors. I’ve been fascinated by gold since a young age and love keeping track of where the most gold is mined as well as other information. Without any further ado, here’s the list of the top ten gold producing countries in 2012 – the last time the data was compiled by a reputable source.

Some of the following countries may come as no surprise to you, but others you may find interesting. The data comes from the U.S. Geological Survey website.

China – With a lot of land mass and money being invested in extracting the gold, China went from number 6 in 2006 to number one with a total of 370 metric tons of gold being mined.

Australia – Increasing from 247 to 250 metric tons of gold being produced every year, Australia has climbed from number four on the list to number two.

Russia – Going from position number six to number four, Russia has increased their gold production from 159 to 205 metric tons per year.

South Africa – Slipping from the number one gold producing country in 2006 to the number five spot in 2012 was not something the country was happy happened.

Peru – A slight decline (from 203 to 165 metric tons per year) caused Peru to drop from number five to number six on the list.

Indonesia – Indonesia increased their gold production from 85 to 95 metric tons, but they maintained their number eight position on the list.

Uzbekistan – Even though Uzbekistan increased gold production from 77 to 90  metric tons, they maintained their number nine position on the list in 2012.

Ghana – Another case of increased production (from 72 to 89 metric tons a year), but not enough to climb up the list.

I was surprised to see Ghana still in the top ten, but the African nation has been steadily increasing the number of tons of gold they mine each and every year. Their growth isn’t the same as the U.S. or Russia, but it’s interesting that they’ve been in the top ten for quite a few years.

After learning about goldirainvestingoptions.com, I’ve come to realize more about gold and how these top 10 countries play a huge role in the global scale as far as gold production. With how competitive these countries are, there’s no doubt the competition will remain fierce and cut throat.

Whatever comments suggestions or tips that you’d like to talk about, do share it in the comments section below. We’d love to hear from you about it.