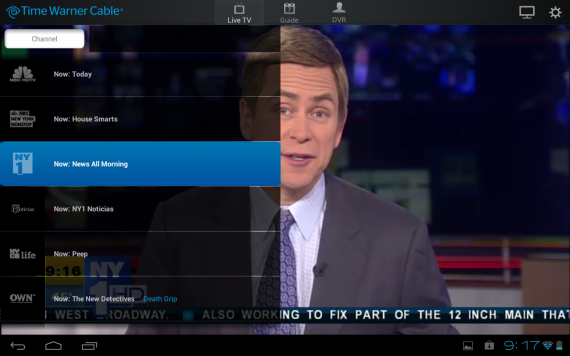 Time Warner Cable has been working on its Android tablet app for streaming live videos from quite some time and today the company has provided an update on its progress. The company promises the app will be out in next few weeks but the major restrained that is still pulling it out is the app will work only in homes and only compatible with Android 4.0.

Jeff Simmermon, TWC’s Director, Digital Communications, said: “Developing our video product for Android is not unlike tweezing one’s eyebrows while using a disco ball for a mirror. We’re going to get there, but it’s going to happen one facet at a time.” He compared it to developing for Apple’s iOS, which he said is “much easier” since there’s only one OS and one manufacturer to target.