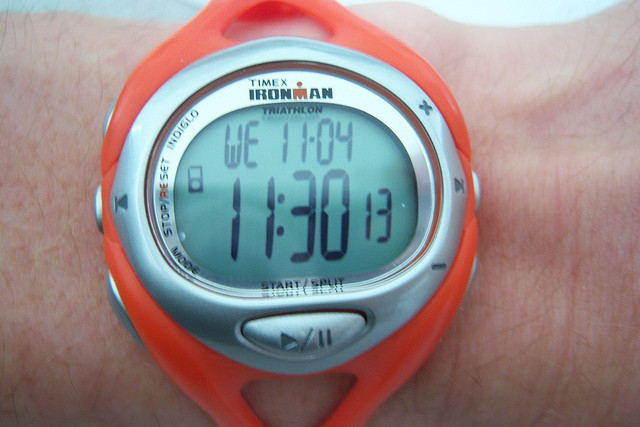 Sports watches are some of the most sought-after timepieces because of their timeless designs along with functionality. They can be regarded as the most practical and robust in many a manufacturersâ€™ line of watches. The range from low, medium to high-priced depending on their features as well as reliability, versatility and durability. The following are the top ten leading models ranging from the highest to the lowest priced.

This is a watch that is useful in athlete training, biking and swimming. Its functions include measuring speed and diving depth ensuring precise time keeping in addition to matching both sports casual and formal attire. It retails at approximately $440.

The Bulova is a classy watch that holds its own in sports and business functions. It is adept at tracking race time as well as measuring distance and speed thanks to the bezel it comes with that is useful in boating too. This chronograph features a stopwatch and a tachymeter and is water resistant up to 200 meters. The timepiece is priced at $339.

The Seiko SNAE67 offers quartz movement and features a dual-time function which can be used to set the alarm. It comprises a tachymeter that is beneficial to athletes and allows you to train in the dark because of its luminescent hands while excelling as a day-to-day watch. This Seiko sells for $315.

As described by the watchmaker, it is “Perfect for Adventure, Suitable for Every Day”. This is a chronograph that measures time, distance and speed effectively. It also has the added advantage of shock resistance, a very important feature in sporting activities; all this for a reasonable $278.88.

This model runs on a solar powered battery that can operate for up to five months. It is a green device that serves up functions like chronograph facilities that measure elapsed time and water resistance of up to 100 meters. Other features include a rotating bezel including hardened crystal on the face while you can use it in the dark because of its luminescent hands and it retails at $206.25.

The Luminox is one of the most sought-after timepieces in combat because of its ruggedness and durability. Its quartz movement keeps it precise under adverse conditions. Withstanding a depth of 200 meters under water, it has minute gas lights that can glow for 25 years including a date calendar. It provides shock resistance and the cover is made of hardened mineral crystal. For a price of $199, it is a bargain.

You will be comfortable in any environment be it on a daily basis, adventures or as an athlete. The quartz technology makes it one of the most accurate watches in timing and it retains a rugged quality that is hard to match. The battery lasts four and a half years and the timepiece performs all the necessary chronograph functions. Most astonishing is the price at $99.99.

The Ironman is a normal day-to-day timepiece that you can use to take part in extreme sporting events. The chronograph provides stopwatch facilities and has water resistance of up to 100 meters. The Timex also comes with the trademark Indiglo feature that enables you to track your performance and check time at night. Essentially feature rich, the Ironman retails at a price of $87.07.

Casio is known for its combination of analogue with digital in its display and functions. Features include dual time, stopwatch, and quartz technology together with water resistance to a depth of 100 meters. Its retailing price is only $79.00.

This Pro Diver watch has a crown and case back that are screwed down enabling it to function at depths of up to 200 meters under water which is rare in sports watches. Accuracy in time keeping is boosted by quartz movement and it is made to withstand shock. It also has a safety clasp and a diver buckle; such outstanding features for as little as $53.33.

About the Author
Tracey Murrow

Tracey Murrow is a stay at home mother of two. She works as a freelance writer in her spare time. One of her favourite topics to write about are the new fashion trends. She speaks fluently 3 languages, so itâ€™s no surprise that she writes for one of the leading the Danish designer watch providers Uniwatches and their cool watches campaign (or like they say in Dansih Uniwatches seje ure).