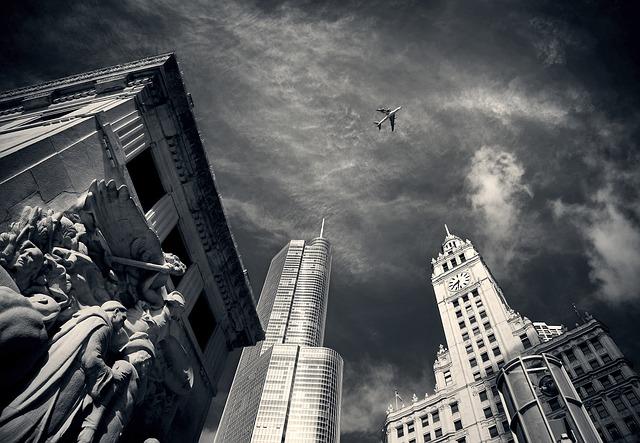 If you are a regular international business traveller, it might help if you have a head for heights. Offices being based in tall buildings are not a new phenomenon – for decades cities and corporations have erected skyscrapers as symbols of their status. The thing is though; they’re getting taller and taller. If you are a little wary about heights, give yourself one less thing to worry about on your travels and let Caxton FX provide your company’s travel money solutions. Who knows – you might even find yourself using your Caxton FX card in one of these structures…

If you travel primarily in Europe and heights are not to your liking, you can breathe a mild sigh of relief. The UK and the continent barely feature in the list of the world’s tallest buildings, with Asia and the Americas dominating. In fact, if you’ve ever stood on the top floor of The Shard in London and thought “wow, this is high”, you may be surprised to learn that the tallest building in western Europe comes 75th on the global list.

If that fact doesn’t amaze you, this will. At 306 metres in height The Shard is less than half the height of the world’s second biggest building, Shanghai Tower – which is expected to open to the public in 2015. And it really is tiny compared to the structure in top spot – the 828 metre high Burj Khalifa in Dubai.

When it comes to the battle for building height supremacy it’s not so much the traditional east vs west, more east vs middle east and with China and the United Arab Emirates in particular dominating the scene. The Middle East powerhouse is home to 12 of the current top 50 tallest buildings, while China has four in the top 10 alone.

America, once the leader in all things skyscraper, still manages a decent representation on the list. New York’s One World Trade Center, which is built on the site of the destroyed Twin Towers, is in fourth place. But another US city which appears on the list with around the same frequency as the Big Apple – starting with its Willis Tower in 12th place, Chicago is also strongly represented by landmarks including the Trump International Hotel and Tower and the Aon Center.

As for Europe, you will note that The Shard was referred to as Western Europe’s tallest building – it’s Russia that leads the way in the wider continent, with three buildings – including Moscow’s Mercury City Tower – in the top 100. Mainland Europe only gets a look in once the list reaches the 200s, where Frankfurt and Madrid have two buildings each.

If you find yourself bound for one of these wonders of the 21st century, make sure your business travel costs don’t escalate to the heights of the buildings – use a prepaid currency card to keep spend in check.