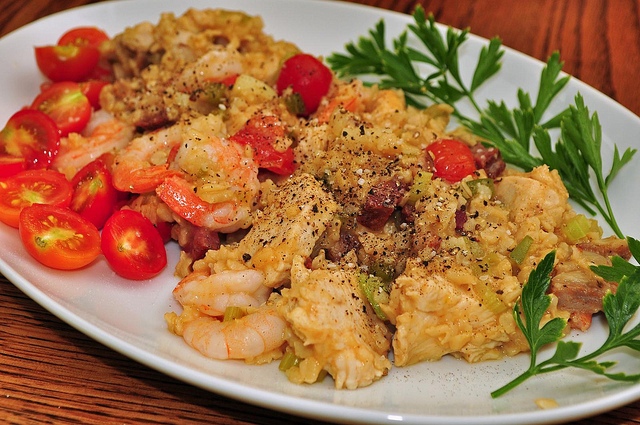 When planning a holiday to America you might be dreaming of golden shores in Miami, thrill filled theme parks in Orlando, classic cars in Old Havana and blues music in New Orleans; however you would be missing one vital ingredient for the perfect American holiday…food.

The United States is a country renowned for fast food, drive thrus and of course the classic diners that have encapsulated our hearts since Grease and Happy Days first arrived on our television screens.

However there is more to American cuisine than Hamburgers & Milkshakes (although we are partial to a few!) Here we take a look at the top foods to try during your break to the land of the free.

This New York classic was born in (unsurprisingly) Buffalo at the hands of Teressa Bellissimo who marinated chicken wings with hot sauce and butter back in 1964. Since then this blend of chicken and spices has grown to be an American institution, no more so is this symoblised than at the Buffalo Chicken Wing Festival – held every Labor Day Weekend.

No American food list would be near respectable without mention of this favourite of the Southern States. Soft doughy biscuits made with butter and butter milk are generously covered with black pepper flavoured gravy that, more often than not, includes tantalising meat pieces. What started as a cheap wholesome meal to feed farmers and plantation workers has remained a staple of American cuisine.

Before you break into song we aren’t talking about he of “I would do anything for love” fame. Instead we are referring to a sumptuous yet simple dish that has been on dinner tables and in lunchboxes since the late 19th century. Ground minced beef is moulded into a loaf shape and seasoned with herbs and spices before being served with gravy or sauce alongside mashed potatoes and green beans.

One of America’s favourite sweet treats the Twinkie has been tempting shoppers and gracing dessert trays since 1930. Essentially a golden sponge cake with Vanilla or Banana filling Twinkies also come in a deep fried version whereby the Twinkie is frozen, dipped in hot cooking oil and left to cool. Our favourite is the deep fried which, however unhealthy, is irresistible to those with a sweet tooth!

With its roots firmly embedded in Spanish culture Jambalaya is an American take on Paella. Traditionally made with peppers, onions, sausage, chicken (and shrimp if you’re in Louisiana) Jambalaya is served in large portions with rice.  It is known as an easy to cook yet filling dish, for this reason it has been part of American cuisine since the 1920s.

Originating in the late 1800s and still going strong today Key Lime Pie and is the official state pie of Florida. Consisting of key lime juice, egg yolks and condensed milk the pie is simple in its construction and delicious in its taste. Early versions of the pie didn’t require baking due to a chemical reaction between the milk and lime juice, however today the pie is usually baked for a short while due to the presence of raw eggs.