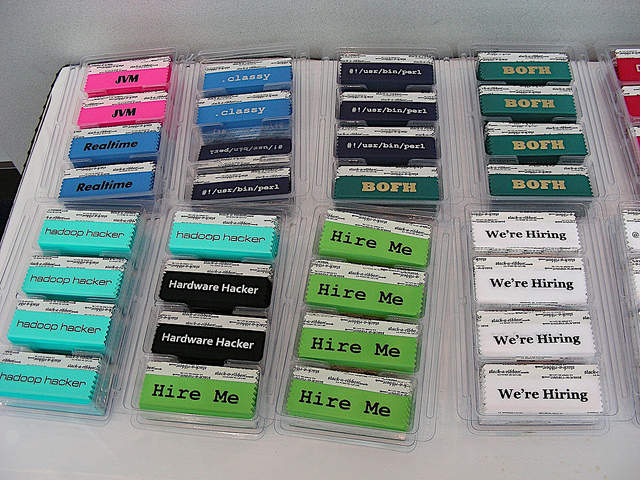 If you have to network – and you do – you might as well gain maximum benefit from the experience. A half-hearted attempt at networking will deliver the results you deserve. A lack of strategy will correspond to a lack of success. While a failure to understand what networking actually is will just lead to failure. There really is more to networking than waving a business card in the general direction of a prospect. Effective networking is a little more involved than that – but it isn’t difficult to do. With a clear plan, you’ll be surprised at how easy it is to turn [prospects into customers.

Know What Networking Actually Is

The first priority of networking isn’t about selling yourself. Or, to be more accurate, the first priority of networking isn’t about obviously selling yourself. Your main concern is building a relationship. Ever wonder why most of us hang up on telemarketers without buying what they’re trying to sell us? Because they’re strangers. And we’ve been brought up to never accept a lift from strangers…to never accept candy from strangers…and to never pay good money to strangers who call during dinner to make us an offer that sounds too good to be true. That all important element of trust is missing.

Good networking allows you to build the sort of relationship that takes you from ‘stranger’ status to ‘a person I can trust status’. When people trust you, they’re more than likely to do business with you. That’s why you should ease back on the hard sell, and get to know your prospect a little better. It just requires a little patience..

Don’t Be Pushy. Be Patient

On meeting someone you identify as a prospect, you might be tempted to grasp the opportunity with two hands and come straight in with your sales pitch. And this point, you should immediately loosen your grip and play more of a waiting game. Of course, you should introduce yourself and give a brief summary of what you do. But remember…you’re out to build a relationship at this early stage, so once you’ve told them a little bit about yourself, ask them a lot of questions about…them! The best way you can gain someone’s interest is to display your interest. They’ll find it very flattering, and it’s a huge step towards making a positive first impression. This is the sort of thing that will stay with a prospect a lot longer than a jargon-filled sales pitch….going forward. It’s all about relationship, relationship, relationship.

After you’ve found out all about them, and the opportunity arises for you to say YOUR piece, keep it short and sweet. Many networkers have, literally, talked themselves out of a deal because they’ve bored the prospect to the point where they lose all interest in the networker…and possibly in life itself! Right now is a good time to prepare your sales pitch. By having a pre-conceived idea of what you want to say, you can deliver your piece with confidence when the time is right. Of course, you won’t deliver exactly the same pitch every single time. Instead of preparing a full speech, prepare a few mental bullet points which best capture the benefits of doing business with you. Mould these bullet points into your pitch, which will vary depending on who you’re talking to. In some instances, you might need to keep it formal. In other situations, a more relaxed tone will work. It depends on who you’re talking to, and the vibe of the whole thing. Just remember to keep it brief. Brief is always more interesting.

The Right Time…And The Right Place

It’s a small world. You’ll never know when and where you’ll bump into a potential customer. However, you should never rely on random encounters when it comes to networking. The most successful networkers target their target market. They know where their prospects are going to be e.g. trade shows, Chamber of Commerce meetings or industry exhibitions. By putting yourself in the right places i.e. where your prospects are most likely to congregate, you can save yourself a lot of time, and maximise networking opportunities. Who are the people you want to do business with? Do some research into them and their business, paying particular attention to upcoming industry events. This might sound very obvious…but the number of people who neglect to do this research, in favour of waiting for chance meetings, is staggering. Some people just don’t get networking!

Go Beyond The Business Card

If your networking encounter goes well, and there’s no reason why it shouldn’t if you’ve paid attention to the basics, your prospect will want contact details. Traditionally, this is where your business card comes into play. Like most business cards, yours will go into the dark recesses of their wallet, and from that moment, the visibility factor of that card is pretty much reduced to zero. To get that business card, and your name, back into the spotlight, you can do a couple of things.

First, send a follow up email to the prospect. Think of it as a subtle reminder…a brief and pleasant note, telling them how nice it was to meet them, and that you hope to be able to meet again some time in the future. That’s about all you need – anything more can come across as pushy, and even needy. And don’t bombard them with follow up emails if they don’t reply immediately. Remember, networking is for the patient, not the pushy.

Another effective way to keep you front and centre, again without being too pushy, is to present them with more than your business card. I know from personal experience the sales value of branded promotional items. We might call them promotional items, but in the eyes of the recipients, they’re seen as gifts…or just very handy items to have around the office. A client tells of the high recall factor she now enjoys as a result of handing out branded items at the same time she presents her business card. e.g. flash sticks, pens and coffee mugs. The business card might hide in the wallet, but the other items are always visible, and her name is always out there. She boasts of a very high response rate, thanks to these practical gifts which she has incorporated into her networking.

Networking isn’t difficult. Rather, it’s an aspect of business that is often neglected, and the benefits of good networking are only enjoyed by a diligent few. This neglect actually represents a huge opportunity for you. By understanding the business of networking, you’ll enjoy a competitive advantage over your lackadaisical competitors.

About the Author
Carlos Lew

Carlos Lew is the Director of Cubic Promote, an award winning promotional product agency. His interests include branding, marketing and small business with a healthy dose of bike riding and reading thrown in for good measure.