TRENDING
Navigate
Categorized as
2354
Tagged as
AdventureHolidayIrelandTripWhat To See
Related 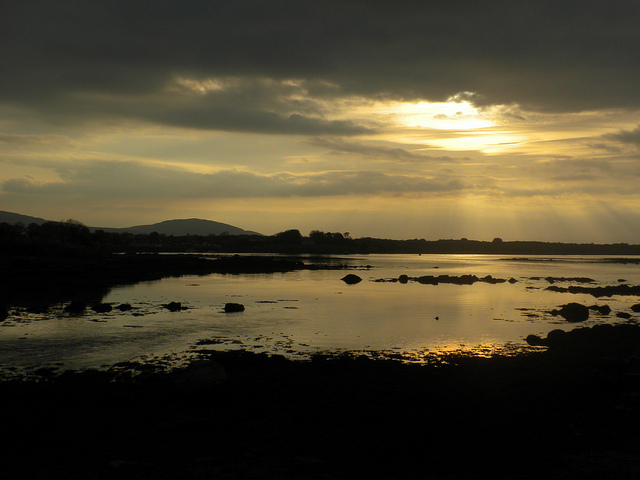 As summer draws to an end, we still have a bit of time to organise that last minute holiday. Organising a vacation can be a stressful time, from booking flights, accommodation and travel insurance and then organizing an itinerary when you get there. Although it takes a lot of time and effort, you do not need to be a finance manager to accomplish these tasks. In the end it is always worth it! Where better to travel to than the emerald isle of Ireland? The natural beauty of Ireland is second to none. Embark on an adventure that you will never forget.

The Giant’s Causeway is one of the most unique and breathtaking landscapes that you will encounter on your travels. Take a look, and wander on the 40,000 interlocking basalt columns majestically located in Co. Antrim, Northern Ireland that formed as a result of an ancient volcanic eruption. The site comprises of hexagonal columns, the tallest soar above 12 metres high. The Giant’s Causeway was crowned as a UNESCO World Heritage Site in 1986. Visitors can enjoy a day trip where they will receive a guided tour and embark on an adventure, traipsing across the famous, rocky, red rope bridge. Enjoy the splendid surrounding views of the rugged northeast coastline and the wonderful natural flora and fauna of the surroundings.

Newgrange is one of the most significant prehistoric monuments, not just in Ireland but in the world. Dating back to 3200 BC, during the Neolithic period it is older than the Egyptian pyramids. Located just 1km north of the Boyne river in County Meath, it is a large, circular mound that has a stone passageway and large, open inside chamber. The exterior of the tomb is surrounded by kerbstones, each individually hand carved and decorated. The mound is most famous for its alignment with the sun, which fills the chamber full of light annually on the winter solstice. Newgrange is located to nearby passage tombs Knowth and Dowth, which make up BrúnaBóinne. BrúnaBóinne is a UNESCO world heritage site that epitomises the historic culture of Ireland. Tourists can visit the heritage centre that gives you information and an informative exhibition of the sites as well as access to Newgrange and Knowth.

Why not take a spin down to the Cliffs of Moher in County Clare. The famous cliffs soar just about 8km along the Atlantic coast. The view itself from the cliffs is awe-inspiring, take in the surrounding spectacles of the Aran Islands, Galway Bay, the Twelve Pins Mountain and Maum Turk in Galway. The view even stretches to the south west coast, and on a fine day you will see the Dingle Peninsula and Blasket Islands both in Co. Kerry. If heights aren’t for you, then stay away, as the cliffs soar an amazing 120 metres above the Atlantic. Hag’s Head is the highest point where you can enjoy the view from the ancient O’Brien’s Viewing Tower.

Located just 13km off the Kerry coastline, the Skellig Islands of SceiligBeag and Sceilig Michael proudly sit 218 metres above sea level. Although small, they are steep and rocky. The islands are renowned for their huge population of over 23,000 gannets and puffins,SceiligBeag is the second largest colony of gannets in the world. Sceilig Michael, the larger of the two islands is an impressively well-preserved Early Christian Monastic site that dates back to the sixth century. Yet again, this site is a UNESCO World Heritage site, attracting thousands of visitors on an annual basis. Tourists can find out all they need to know at the Sceilig Experience Centre, from here you can also take the short 45 minute boat ride where you will spend two hours exploring the island of times past.

Steeped in culture, history and tradition all posed in its magnificent natural beauty, it is now wonder that Ireland is one of Europe’s most popular tourist destinations. From the Sceillig Islands on the south west coast, to the Giant’s Causeway in the north, there is something magical for everyone from tip to toe. Make you most of the myriad of beauty that the Emerald Isle has to offer, happy travelling!

About the Author
Iveta Ivanova

Iveta Ivanova writes on behalf of financial recruitment. She is a web and technology enthusiast who lives in Dublin. She has lots of interests such as business, SEO, digital marketing and social media.