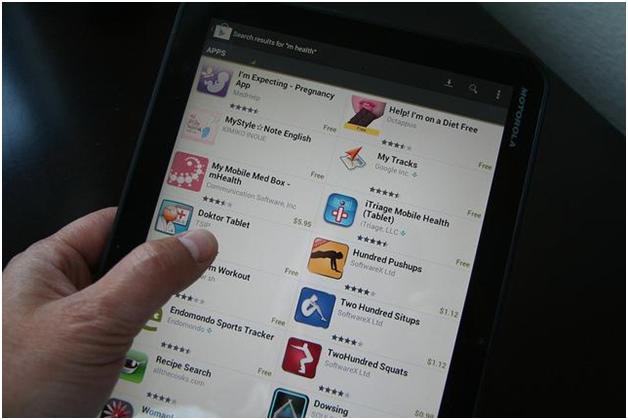 Technology has seeped into every aspect of our lives. Arguably it started with transportation and connectivity. Now, it has spread to entertain, social communication and virtually every other part of society. Within a couple more years, it will be difficult to do anything without some form of tech being involved. What does this mean for healthcare? You might think that healthcare and medicine, in general, has remained untouched by tech. However, if you take a look behind the scenes at a hospital, you might get a different view altogether. You might realize that tech and medicine have formed a peculiar hybrid that seem to work rather well. From the way doctors communicate to new types of medicine, health care has been changed by advanced tech. In some cases for better and in others, for worse. In the future, it’s quite possible that science isn’t looking to medicine to provide the answer to a health problem. Instead, it will be searching for the solution in the realm of technology. Let’s look at some of the incredible ways tech has shaped the health industry to become what it is today. 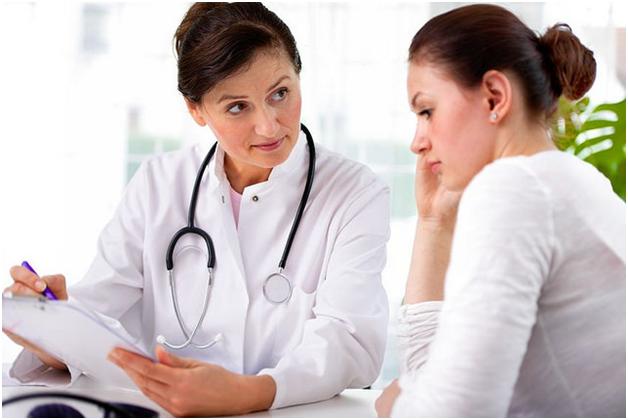 Patient and doctor interaction has certainly been changed by technology. In the past, your only option, if you wanted to speak to a doctor, was to head to a hospital. Now, there are online doctors. If you email your query, they’ll email you back with the answer to your medical conundrum. Some charge for this service, while others offer it for free, happy to give their apparent expert advice.

As well as this, in some place patients can now contact their doctor through social media. If they have a medical issue but they don’t think it’s serious they can have a phone consultation. This saves them from coming into a clinic to get it checked out. Arguably, this is safer because they won’t risk catching an infection for a problem that doesn’t need hands-on attention. On the other hand, there are fears that this demonstrates just how automated the medical industry has become. If you ring up a doctor, you may not find yourself speaking to a human. You may instead find yourself describing your symptoms to an automated response unit. That should sound like an idea from science fiction. But it’s a cost cutting tech that’s being integrated right now.

It’s not the only way doctors and medical staff are avoiding patient interactions either. Rather than checking in, it’s possible; you’ll sign in with a touch device. In some modern hospitals, you might be able to sign with a mobile device. It’s just another way of how human interaction is being slowly removed by medical care.

Of course, there’s an argument that patients don’t need doctors as much at all. At least, not for diagnosing issues. If they do have any symptoms they can research them online and many do. There’s information to convince a patient with a common cold that they are dying from a rare illness. 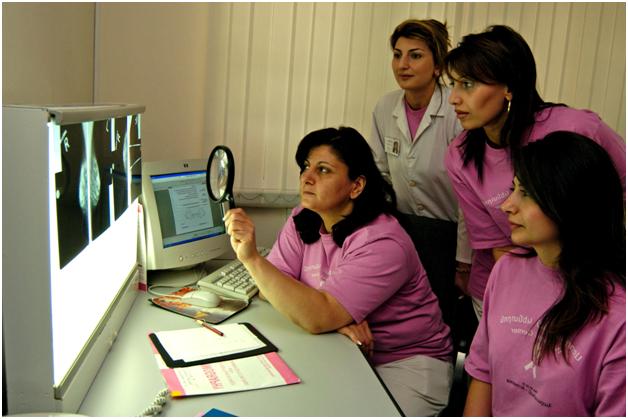 Information is also being treated differently in hospitals and medical practices. In the past, everything was stored in hard copy. So, it was difficult to transfer information quickly. After that, hospitals relied on hard drives to store sensitive and important info. Now everything can be stored and accessed online through the same cloud server. The cloud server has all the information that doctors need. This includes up to date information on clinical research. This has lead to quality improvements for patients who need healthcare. Due to everything being available, doctors can make decisions on how to treat conditions. This is one of the many advantages that new tech in hospitals has had.

But it’s not just accessing the information. Doctors can connect with other medical experts as well to consult on patients. These experts could be in another state or in another country. But the communications can still be instant. Bet yet, they can occur through secure channels that are encrypted. Thus, there is no chance that information can be lost, stolen or swiped. It’s a more connected system, but it’s still just as secure as it needs to be.

The use of this tech has given hospitals another important advantage. It’s made the whole process far more efficient. Everything being connected on the same server for a practice enables everything to run a lot smoother. Patients can sign up for appointments or health care online. Hospitals can contact them through the same system. Doctors can use the server to find the correct information for the appropriate treatment. All this, leads to the development of a far more efficient managing system. 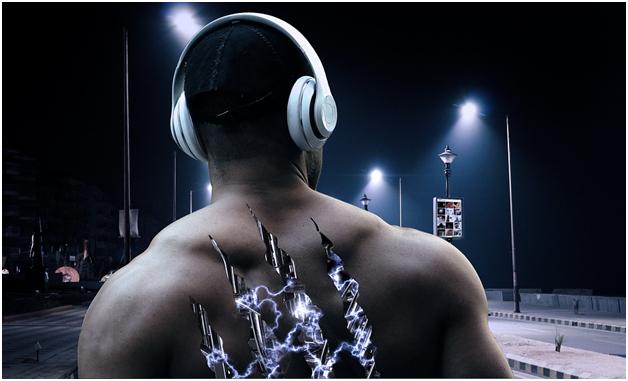 Technology has also lead to new treatments in medicine that before, we simply not available. For instance, in the past, if a patient lost both their legs in an accident, they would never walk again. Now, that is not the case because they can be fitted with robotic legs. Although it takes a few months of rehabilitation, after that many patients can work as they normally would. Unfortunately, where there are solution there are still unsolved issues. This treatment is not possible if there has been severe damage to the spinal cord, but tech may provide that answer in the future.

This could come in the form of nanotechnology. Nanotechnology is the name given to microscopic robotics. Scientists have theorized that nanotech could be used to repair problems inside the body that surgery is not able to. It may provide the answer to curing a number of different severe and life-threatening medical conditions. In the future, it could even lead to the development of a cure for cancer.

Right now, though, tech is still evolving the way surgery is completed. Rather than surgeons completing procedures robotics are used for needlepoint surgery. Patients may not find this possibility reassuring. However, using robotics for surgery actually takes away one of the biggest problems in medicine. Human error causes more deaths in medicine than almost anything else. With new tech, human decisions are taken out of the equation for a more effective treatment. Robotics are not used in every hospital for two reasons. First, in some procedures, it is not needed because surgeons can operate without the tech. Second, it’s expensive, and not every hospital can afford to buy the expensive equipment. 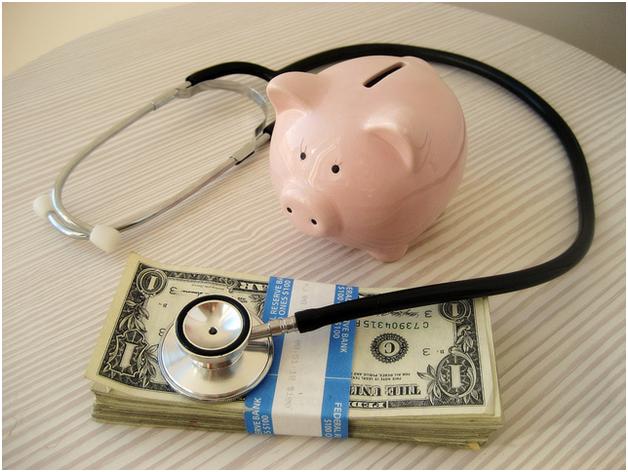 This brings us to the first of many roadblocks in using tech for healthcare. Money is definitely an issue because a lot of the tech that we have already talked about does not come cheap. The most modern tech for hospitals hits the market with price tags of hundreds and thousands of dollars. Certain privates hospitals may be able to afford this tech, but others may not.

Then there is the issue of public opinion, and we see this all too often where tech and medicine are involved. Stem cell research and cloning could both provide the answers to currently incurable medical issues. Many researchers have suggested that the cure to Parkinson’s could be found by further investigation of stem cells. Similarly, genetic diseases may be curable by using cloned tissue. It could also solve the problem of limited organs for transplants. However, a large percentage of the general public is still against using tech. Particularly, for treatments and research they believe is ethically questionable. Unfortunately, this has lead to the stunted growth of healthcare through technology.

People do not realize that healthcare and medical technology are far beyond the scope of what is viewable to the public. There have been numerous reports of doctors who claim they have successfully cloned human beings. The tech for this type of procedure has been available for nearly two decades. It’s hard to believe that the process has not occurred legally or illegally somewhere. People dismiss medical tech like this as playing God. However, they should realize this research is not being completed because we can. Scientists and doctors believe it has the potential to save lives. 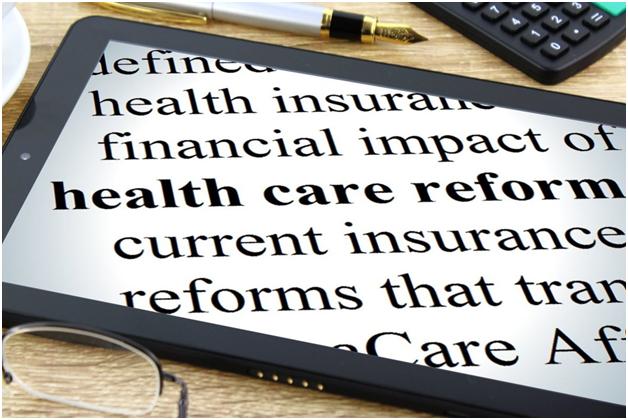 The future of the relationship between medicine and technology is bright. It has to be because tech is needed in the world we live in today. We have many problems that tech could help combined with medicine. Overpopulation, for instance, will be a growing problem for the medical industry. Hospitals and practices need to be more efficient to deal with the higher number of patients. We are also facing an aging population.

The average life expectancy in the developing world is now over eighty. However, people who live this long does tend to develop more medical conditions. We need to find new ways to treat these conditions so that people can have a good quality of life. Even in the later years. Again, tech is the answer, and it needs to keep developing along with medicine. If this occurs, the medical industry can improve as it should and as it needs to. However, it’s clear that for this to happen, more resources need to be put into tech for medicine.