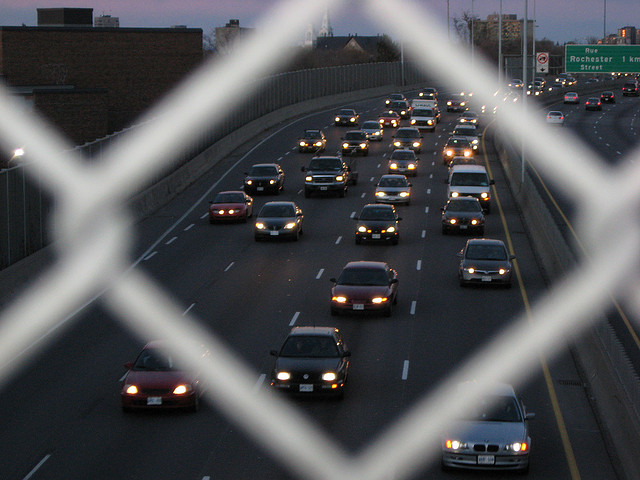 Add These Extras to Your Vehicle Yourself to Save Money

One thing that auto-sellers are usually adamant about when you purchase a new vehicle is that you should upgrade to the latest and greatest model that has all the top-notch features pre-installed.  The problem with taking their advice and upgrading everything on a new vehicle is that in the long run it will cost you hundreds, if not thousands of more dollars than if you were to just have the features added later. You have to remember that not only will you already be paying more to have the inline features, but adding them will also raise the cost of your total purchase, thus increasing any interest you would accrue on an auto loan.

What are some technology and component additions you can install later or avoid altogether, in order to save you money on that new car purchase? That’s exactly what we’re here to discuss!

Please keep in mind that every vehicle is different. Some manufacturers offer advanced features even in lower end models, so you may or may not be able to acquire some of these components in a stock vehicle.

One of the most common additions that customers have installed in their new auto is a media entertainment system. After all, there’s no better way to keep those little ones occupied on a long road trip than to throw on a Disney DVD.

The markup on inline entertainment systems for new vehicles is ridiculous though, it’s not worth it. You will likely pay in excess of $1,000 just for the system alone and that’s on top of the cost of your new car.

Thanks to the widespread release of cheap tablets, there is absolutely no reason to spend that much on an in-car entertainment system. If you absolutely must have one, add it yourself later. Most retailers will even install said equipment for free or at a minimal charge after you purchase it in their store. You’ll save lots of money if you skip the entertainment system in your new van or family SUV, and opt to use your iPad or Android tablet as an alternative.

There are no longer any sound reasons for having a navigation system built into your car. Pretty much everyone carries a smartphone that is capable of the same functionality. If you’re worried about the hands-free aspect, you can buy driver-friendly mounts and even connect your device through your stereo. This will allow you to hear directions and route information right through your car speakers.

A navigation system in a new vehicle is going to cost anywhere from $500 up, depending on the manufacturer. If you really want to get technical, you could even buy yourself a new smartphone with the cash that you save from skipping the navi system altogether. Just don’t do it, you don’t need one.

As you look at new vehicles, you’re probably imagining yourself cruising down the highway, convertible car top down, hair blowing in the wind, with a favorite CD blaring out loud. Unfortunately, compact discs are pretty much obsolete now. Sure, we still have them around but it’s for the same reason that records and eight-tracks still exist. They’re more a novelty than anything.

If your vehicle comes with a CD player in the stock model, then fine, take it. If it doesn’t already come with one then there’s no point in paying extra for it. These days you can keep all of your music stored on a tiny iPod or MP3 player. You can even store your music in the cloud and stream it using your smartphone. There are a lot of options, and that’s the beauty of digital media. It’s not necessarily physical in nature, and it’s even more compact and portable than CDs.

Believe it when we say it’s cheaper to go the digital route.

Yes, they’re actually starting to include internet connectivity in vehicles now. Don’t even bother, as it will be a few hundred dollars just to install and then you’ll likely have to pay a monthly subscription. You can buy a 3G ready dongle or attachment from most wireless carriers for much cheaper than that. Not to mention, smartphones offer wireless hotspot and tether support so you can connect to the internet with alternate devices on the go.

Paying tons of extra money to have internet access in a new vehicle doesn’t even make sense anyway. As a matter of fact, most of the components on this list don’t make sense any more- at least not when you take a look at recent advancements in technology.

About the Author
Adrienne Erin

Adrienne Erin is a social media marketer who writes for Search Engine People and SiteProNews. She writes about common sense social media strategies that anyone can use – from a mommy blogger to addiction rehab centers. Read more of her work by following her on Twitter: @adrienneerin.