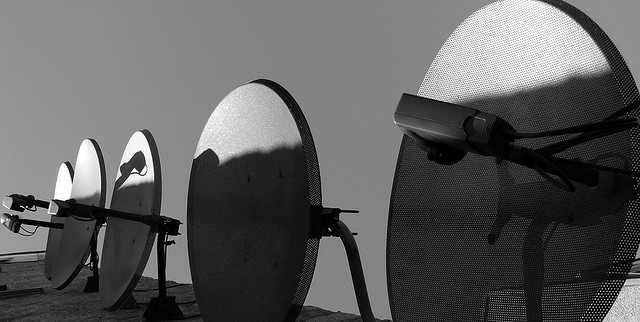 Many consumers love all the advancements in technology with computers and cell phones. Often, some people overlook the amazing technological advancements with televisions. Of course, when thinking back, most will realize that television has come a long way in a short time. Here are the top five new advancements in TV.

With advances in satellite TV technology, one can watch their favorite programs whether they are in a large city or the boonies. This offers a massive advantage as plenty of rural residents, in the past, could not watch their favorite programs without going to a friend’s house. Now, plenty of households have a satellite; they find that satellite companies offer more services and channels than cable companies do.

Now, one can mount a television on the wall without much effort. In the past, the device often took up half of the living room. This is truly an amazing advancement that has made it easy for homeowners to put their favorite appliance in any room. In fact, most households have flat screens in their living room and bedrooms as it takes up less space.

Now, 3D televisions have not reached their heyday. However, a consumer can buy a 3D TV and watch their favorite movies in a new and exciting way. This is an often overlooked advancement as many consumers cannot afford the high prices of a 3D TV. However, in the near future, this technology should be affordable for the average consumer.

Now, one can watch a movie or football game at feel part of the action. In fact, many owners skip going to the local movie theatre or football stadium and opt to stay home and plop down on their couch. With these advances, one can also see an actor or actress in their natural state as HD televisions allow one to see past the makeup.

An individual can connect their television to the Internet. When going online, one can download and stream their favorite shows without much effort. This has made it easy for people who want to watch their favorite programs at their own pace. As time marches on, every television will have an Internet connection since consumers will, inevitably, demand this future.

The home television has come a long way in the last 20 years. In reality, we have not seen anything yet as new technologies should impress consumers thoroughly and keep them buying new televisions to keep up with their neighbors.

About the Author
Kathrine Kreger

Kathrine Kreger is a freelance writer from Eugene, OR. She loves museums, art and football.