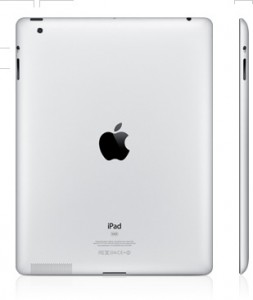 According to Apple Insider, a Chinese company representative is reportedly suing the iPad maker in a dispute over the “iPad trademark” and anticipates Apple will be fined with $38 million by a Beijing court over the issue.

Apple, four years back, purchased the iPad trademark from the Taiwanese display manufacturer Proview Electronics for $55,000 by way of a front company called IP Application Development –Proview Technology (Shenzhen), a unit of Proview International in Hong Kong, now claims to own the rights to use “iPad” in China.

As per Global Times, Proview Shenzhen’s lawyer Xie Xianghui said a court in the Xicheng district of Beijing was ready to “slap Apple with a 240 million yuan ($38 million) fine,” but the ruling has been delayed due to Apple’s appeal.

Proview isn’t just looking for money, though. Xie told the China Daily that the company wants Apple to say sorry. “We ask the court to stop selling and marketing for Apple’s iPad in China. We also demand an apology,” Xie said.

This isn’t the first time a high-profile Apple product has run into trademark issues. Apple and Cisco both fought over the iPhone name before settling the issue in 2007. “The company has filed separate lawsuits against Apple’s authorized retailers and stores in local courts,” lawyer revealed. One such suit will be heard in a court in the Pudong district of Shanghai later this month.