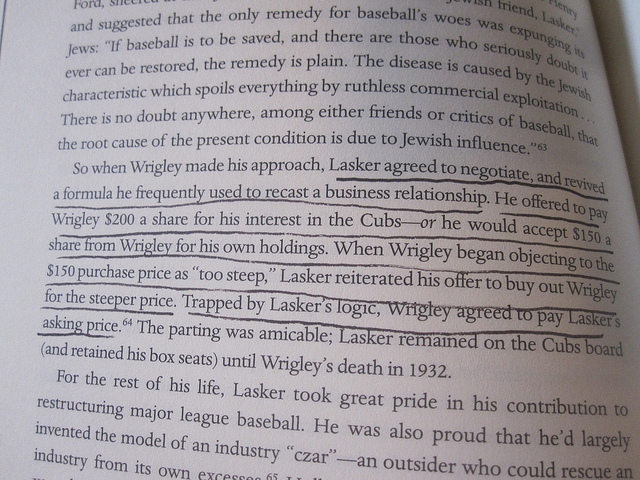 A lot of people see negotiations stressful and often intimidating. They take place every day, even when two siblings fight over who gets to eat the last orange, and can easily become so aggressive and so eager to win the fight that the only option they can agree upon is that of splitting the orange in half. However, this last option doesn’t please any of them, so they leave completely unsatisfied and sad.

This happens very often during negotiations, even though things shouldn’t be like that. As a matter of fact, successful negotiations are never like that. What affects most negotiations is the lack of communication. Instead of fighting over the orange and screaming to each other, the two siblings could stop and ask each other why they want that orange. One of them may want it simply because he wants to slow down his thirst, while the other may want to offer it to one of his parents or use it in order to cook something. Expressing your intention is very important during a negotiation because it helps others figure out whether your goals are more important and selfless.

This story is usually told in negotiation trainings because it reveals two important points. First of all, negotiations take place anywhere, between anyone, at any time. Secondly, when the focus is shifted from the negotiation object to the needs of both parties the whole process is rushed, while the relationships between counterparties and the results of the negotiation are more successful.

Change the way you look at negotiations

When people hear about negotiations, they immediately imagine a formal situation in which a bunch of people carry serious discussions about a certain topic. However, this doesn’t happen very often, since these situations are exceptions. Many people attend negotiations on a regular basis, whether their goal is to set some deadlines to various projects, revise their salary, or simply decide who will eat the last orange. To cut the long story short, negotiations are situations in which an individual’s goal is to convince the other party to agree with the solution that suits his goals.

Because many people consider negotiations to be unpleasing, their main goal is that of avoiding this type of situations. Most of them don’t know how to handle negotiation situations with which they have to deal because they don’t prepare themselves, and that’s exactly why they fail to reach wanted results. According to specialists all over the world, negotiators should really change the way they look at negotiations, because their skills will help them achieve success. Besides, people are encouraged to pay attention at all the negotiations with which they have to deal on a regular basis and do their best to develop their skills so that they don’t end up becoming less productive at work.

Are negotiations that stressful?

One of the reasons why most people see negotiations as something negative is because they associate them with conflicts. It’s true that every negotiation comes with a conflict, since your wants don’t usually correspond with the ones of your counterparts. However, this type of conflict shouldn’t be regarded as a negative factor, since its role is that of helping negotiators develop a sustainable relationship.

Actually, these conflicts should be considered neither bad nor good because their outcomes can be both negative and positive. What’s really important is your ability to manage these conflicts instead of letting them escalate and become impossible to handle. People are usually born with the tendency to avoid conflicts, but you should know that they can sometimes lead to additional motivation and creativity.

Negotiators should learn how to shift the focus of a negotiation from their objects to their needs, since needs-driven conversations can lead to a myriad of creative solutions that allow negotiators to work as a team. Once you’ve learned to shift the focus, your chances of success will increase remarkably.

Bear in mind that conflicts are situations in which the other party disagrees with your opinions. In this case, an object-driven conversation will only lead to win-lose solutions, which should really be avoided. Nobody says that win-win solutions are always easy to find, but as a negotiator, you have to do your best to reach a mutually beneficial agreement.