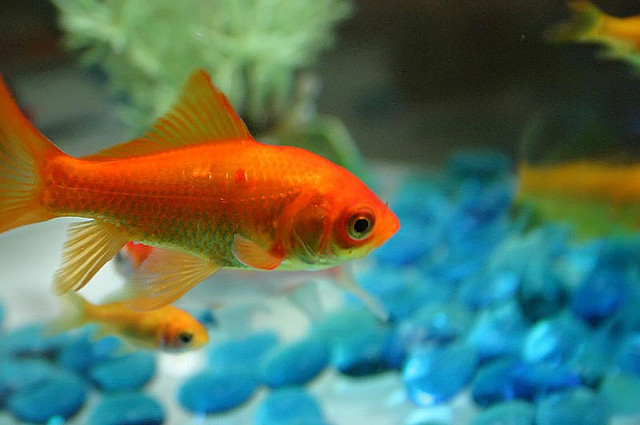 A researcher has found that fish – at least a Goldfish – enjoy listening to music. Turns out that they prefer Bach. Yes, the fish were able to differentiate between different composers. Would be interesting to see how they react to modern music or even something like a classic rock or disco music. In any case, the news is shaking up the world of science – or at least causing the world of science to tap its foot.

There’s no way anyone wouldn’t find the study interesting. I mean, they all just seem to be swimming in the sea but now they’re to be able to differentiate between musicians? What’s next? Them learning how to DJ?

Kazutaka Shinozuka of the Department of Psychology at Keio University recently told Discovery News that goldfish can detect different properties of sounds. Wow. Amazing, right? The study was published in a scientific journal. Others worked on the research – namely, the two who played the live music to the fish.

What did they select for the show? Both Toccata and Fugue in D minor by Bach and Igor Stravinsky’s The Rite of Spring. The experiment was pretty simple. The fish were trained to nibble at a small bead in the water when they heard music. Some were taught with one composer while others with the other composer. Somewhat surprisingly, the goldfish were able to distinguish between the two musicians. The result? A belly full of food for the fish and a little more understanding of scientists.

Earlier tests showed that birds also prefer Bach, which is classified as classical music. Stravinsky is considered modern classic music. Researchers admitted that modern music contains more dissonance, which may be why so many birds preferred classical styles that go back hundreds of years.

David Teie, a lecturer in the School of Music at the University of Maryland, has also done some tests of his own – on monkeys. His research tried to determine what  cotton-top tamarins thought of different music. They showed very little response to most music. However, Metallica calmed the monkeys down and relaxed them. Go figure. At least someone likes 1980s heavy metal.

In all seriousness, one thing that’s been noted over and over again by many different researchers is that non-human animals don’t seem to care one way or another about our music. While some can differentiate between different types of music, they’ve not sought out and asked for human music to be played. They can’t talk, of course, but they’ve not been able to be trained to go to a certain area of their tank or cage in order to “turn on the music.”

If you have an aquarium full of fish or other animals in the house like dogs or cats, leave a comment and let us know what type of music they seem to prefer.