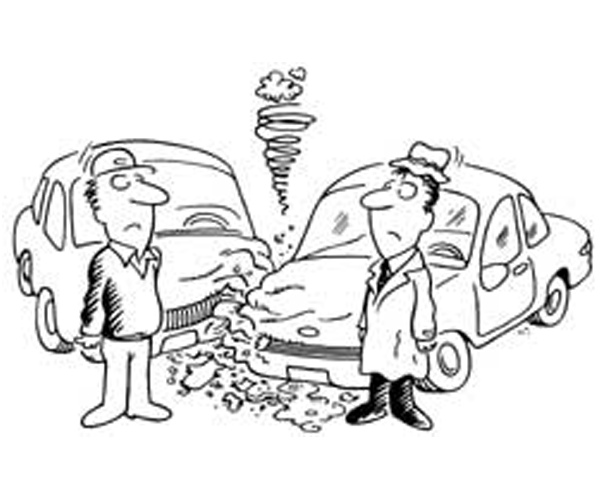 It’s no secret that car insurance for young drivers is significantly more expensive than it is for experienced adult drivers.  If your son or daughter recently got their license, you’re probably fretting about the costs associated with adding them to your car insurance policy.

While the added costs of a student driver on your insurance policy could definitely put a serious dent in your monthly budget, they don’t have to be as astronomical as one might think. In fact, there are a few courses of action that you could take to mitigate the added costs to the point that they barely affect your budget at all. Using these tips below with a free online service you can get new driver auto insurance quotes and find the lowest rates.

Why Is It So Hard to Find Low Rates For Students?

Getting car insurance is not nearly as simple as comparing a few quotes from your local auto insurance providers. There are three very obvious reasons why that is the case. These reasons are as follows:

In the eyes of insurance providers, student drivers already have three strikes against them before they even get behind the wheel.

Unfortunately for those drivers that are extra cautious behind the wheel, the majority of their peers are more likely to take greater risks as new drivers. Because car insurance companies have no way of telling if a new driver is going to go against the grain and be a safe driver, they must assume that they’ll be just as risky behind the wheel as their peers.

With three strikes against your teenager before they even drive one mile, what can you do to lower the costs of adding him or her to your auto insurance policy?

Four Ways To Save Now And Into The Future

By discovering the following four ways, you’ll be able to get affordable insurance for a college student you thought would never be possible.

Getting accepted into a prestigious university isn’t the only benefit that comes from good grades. Most auto insurance companies recognize that those that get good grades typically tend to act and behave with the future in mind. As a result, they are less likely to engage in risky behavior while behind the wheel. Your car insurance provider will likely recognize that, and it is for that reason that they’ll offer you a good grades discount when you present them with hard evidence.

If your child hasn’t taken school as serious as you would like them to, this discount may be the enticing factor they need to turn it around and start performing better in the classroom.

2. Show and Prove with Safe Driving

As already mentioned, young drivers have proven to be more reckless behind the wheel, largely due to inexperience. Even the NHTSA states the leading cause of death for teens is car accidents! One of the best ways for a young driver to eliminate that stigma is to prove that they do not fall under the same category as their peers.

By abiding by all traffic laws and avoiding accidents at all costs, young drivers can quickly establish a reputation as being a safe driver. After your young driver has had more than 6 months behind the wheel without an accident or driving infraction, you should ask your car insurance company about a safe driving discount. Once they see that your student driver has been a risk-free, safe driver, they’ll more than likely offer you some kind of reduction.

Most teenagers secretly wish that their first car is something fast or fancy. Unfortunately, those kinds of cars are the absolute worst vehicles to own as a first car.

The car you drive is one of the main factors used by car insurance companies when deciding how much you should pay for your premium. The fancier and faster the car, the more you’ll pay. When it comes to teenage drivers, insurance companies already consider them to be riskier than their adult counterparts. By adding in another risk factor with a fancy or fast vehicle, you are compounding the risk, and thus driving up the added costs of insuring your young driver.

If you want to get very cheap student car insurance, it is best for your young driver to get a more reliable and safe vehicle.

4. Minimizing the Miles They Drive

One of the most overlooked ways of getting lower rates for a younger driver is to minimize the amount of miles the student drives. The fewer miles a student drives, the cheaper their car insurance will be. Last year The New York Times published an article about States tighting up the amount of driving for teens because of safety reasons.

This is especially handy for college students, as they will likely live very close to the school they attend. If your child is attending college, or you live close in proximity to his or her school, make sure to let your car insurance provider know that their daily commute is minimal at best. Most important, if he/she is more than 100 miles away you want to tell the insurer since there are discounts available.

By cutting down on the miles your teenager drives, and taking advantage of the three other mentioned ideas you’ll be able to minimize the amount you pay for your auto premium while you have your teenager going to college.

About the Author
Greg Fowler

Greg Fowler loves to network, travel, and spend time with his children. He enjoys writing for AutoInsureSavings.org which has the first mobile friendly nationwide insurance agent directory. The best way to reach me is via my Google+ Profile.