According to new research from the Strategy Analytics Connected Home Devices service, “Broadband and Wi-Fi Households Global Forecast 2012,” by the end of 2011, 439 million households worldwide had installed home Wi-Fi networks, equivalent to 25 percent of all households. This report predicts that the total worldwide number of Wi-Fi households will reach nearly 800 million in 2016, a penetration rate of 42 percent. 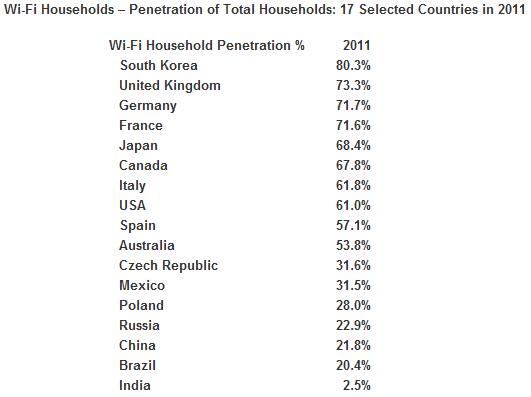