According to a recent study conducted by Strategic Analytics, iCloud, Dropbox and Amazon top cloud media in the United States. The study which covers almost 2,300 connected Americans, Strategic Analytics found that 27% of them have used Apple’s iCloud, 17% use Dropbox, 15% for Amazon Cloud Drive and 10% for Google Play although over half of Americans online have never used cloud storage service. 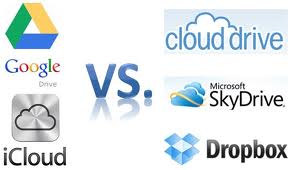 Here is what Ed Barton, Strategy Analytics’ Director of Digital Media says about the findings:

“The cloud’s role in the race to win over consumers’ digital media libraries has evolved from a value added service for digital content purchases to a feature-rich and increasingly device agnostic digital locker for music and movies. Dropbox being used by 1 in 6 Americans shows that an integrated content storefront isn’t essential to build a large user base, however we expect competition to intensify sharply over the coming years.”

“Although cloud storage is fast becoming a key pillar of digital platform strategies for the world’s leading device manufacturers and digital content distributors, there’s still a lot of work to do in educating consumers – particularly those over 45. With over half of consumers yet to use any consumer cloud based service, 2013 predictions for the ‘year of the cloud’ seem unrealistic. However given the market influence of the leading players pushing the concept, in particular Apple, Amazon, Google and Ultraviolet, I won’t be surprised to see mainstream adoption and usage spike within the next two to three years in the key US market.”