The Japanese multinational consumer electronics corporation, Panasonic saw a cut in its long-term debt ratings by the Standard and Poor’s Rating Services on Wednesday for the second time in less than four months period to A-, strongly indicating that US credit-ratings agency will further cut the ratings if something need not be done.

S&P last year in November lowered Panasonic by a notch to A from A+ – this time it is set by a notch to A- – three notches above the junk status – from A. The latest downgrade on Panasonic comes a two week after S&P cut its ratings on Sony to BBB+, pointing towards the harsh business condition which the Japan’s biggest consumer electronics makers are facing. 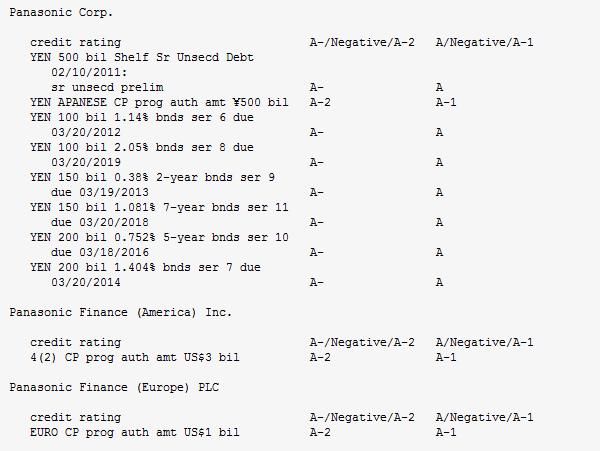