The Verge is reporting that Sprint’s upcoming Galaxy Nexus LTE will be expected to launch on April 22nd at a Walmart-run discount club store. Cited “Walmart employee” as source, had sent the publication an internal document stating the device launch date. The device rumoured to have same specification as that of Verizon’s LTE and includes 1.5GHz with a Google Wallet Support. The document further reveals a yet-to-be-announced Intensity III for Verizon, sure to be a followup to the Samsung Intensity II dumbphone. The internal paper also says that Sprint’s LG Viper LTE hotspot will be available on April 15th. 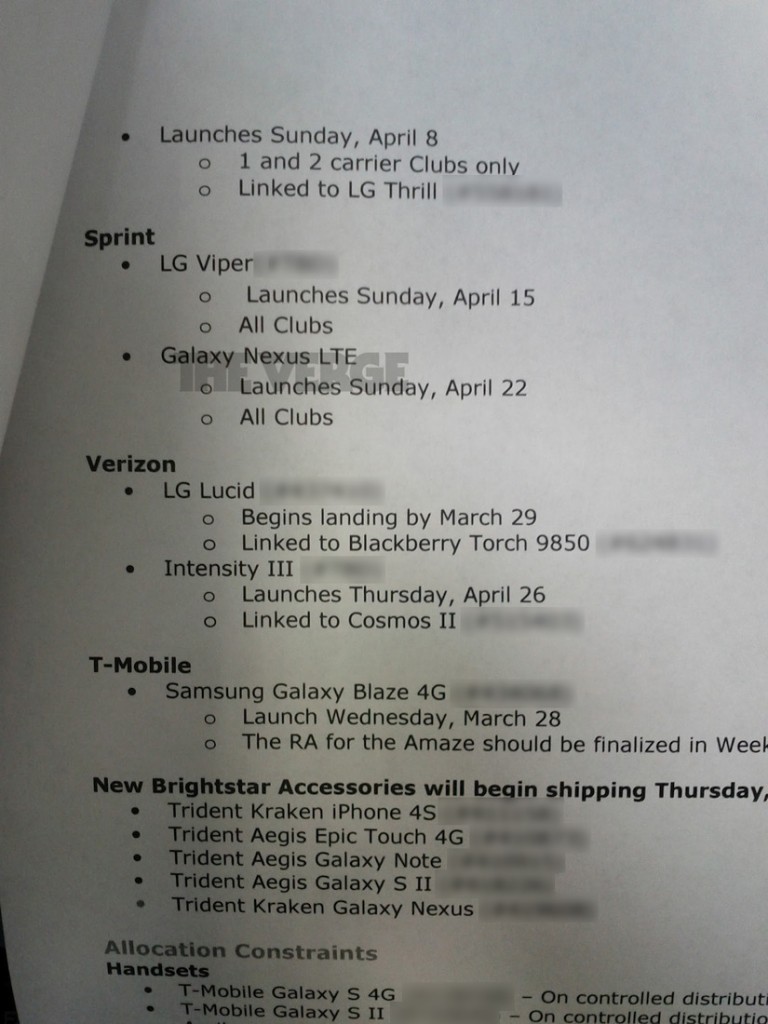