Just hours ago the news rumoured the web that Samsung is coming with the much awaited Ice Cream Sandwich update for the Galaxy S II smartphone, the company ended up all the rumors in a single push stating that all there is no update coming on March 10th. The South-Korean smartphone giant has tweeted from its Samsung Tomorrow Twitter account stating that the original post was “wrong” and “not true”. Samsung says it will announce its upgrade via its official Twitter account. 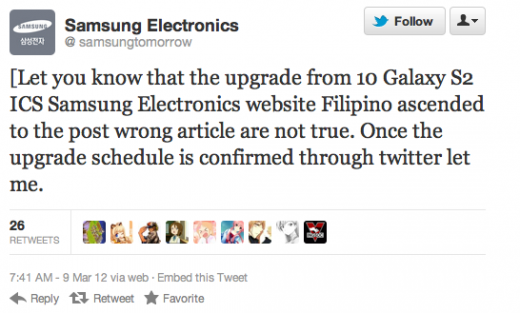