With previously reported by Mobile Review, Sony’s budget-friendly Xperia J new photo has appeared on ePrice. Mobile Review reported that the phone will feature a single-core 1GHz Snapdragon MSM7227a processor, 512MB of RAM, a 4-inch display with 854 x 480 resolutions, and a 5-megapixel rear-facing camera. The phone also includes Android 4.0 Ice Cream Sandwich as its operating system. Pricing and availability were not revealed yet, but with IFA 2012 just round the corner, we believe company will bring out the phone out. 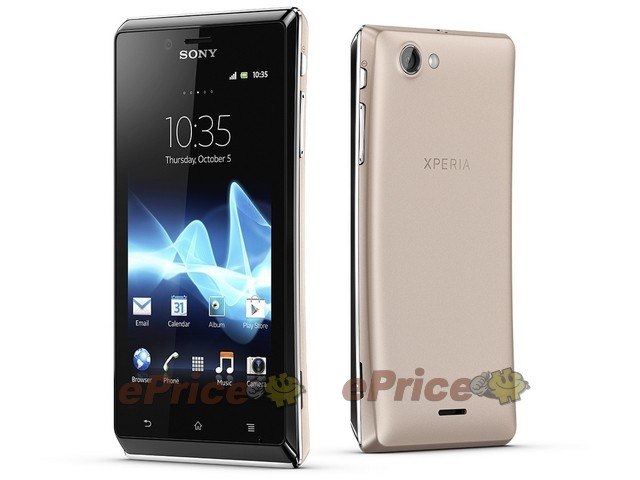