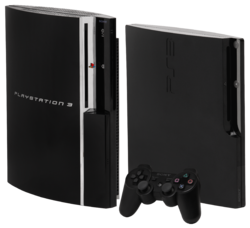 Sony today announced that the company has reached an important milestone with the cumulative sales of the PlayStation 3 (PS3) computer entertainment system reaching a milestone of 70 million units worldwide as of November 4, 2012, which is just less than six years from the time when platform launched in 2006. The company also announced that the sales of the PlayStation Move motion controller surpassed 15 million units worldwide as of November 11.

The company back in September even also launched the new “slim” version of its PlayStation 3 at the Tokyo Games Show. The new console is around 20 percent smaller in size and 25 percent lighter than its earlier version. The ‘baby’ device will be available in white or black, with two storage models on offer – 250GB and 500GB.