Sony which yesterday receives a BBB+ long-term debt rating from Standard and Poor, citing a warning that it may further drop the ratings to further extent unless and until if the Japanese consumer electronics giant shows it can achieve relevant and significant turnaround in profitability.

The company trying to turn the point announced at the 2012 CP+ Camera and Photo Imagining Show its intentions to grow their E-mount (Sony Alpha NEX Cameras) lens assortment probably within the next two years time frame and even also plans to offer a total of 15 E-mount lenses in market by 2013 year end – although the company not revealed the official specs of new lenses. 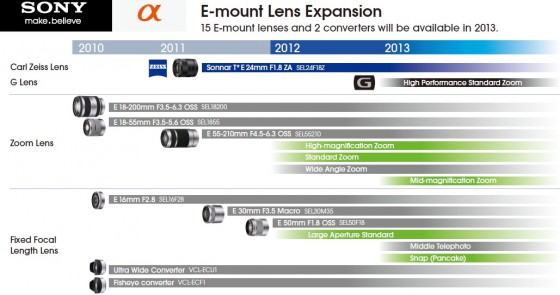