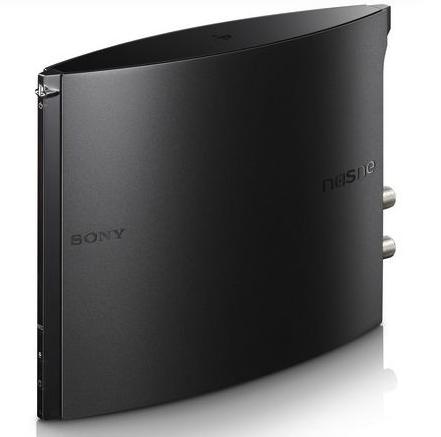 Sony Computer Entertainment Inc. (SCE) today announced that it will launch “Nasne,” a new networked recorder and media storage device with built in 500GB hard disk drive (HDD) and digital terrestrial and satellite broadcast tuners.  By connecting “Nasne” to their home network, users will be able to watch and record digital terrestrial and satellite broadcast through dedicated applications such as “torne” for PlayStation 3 (PS3) and “VAIO TV with Nasne” for VAIO. Users will also be able to access recorded content from PlayStation Vita (PS Vita), “Sony Tablet” and Xperia. In addition, “Nasne” functions as a media storage device, allowing users to store their movies, photos and music on its 500GB built-in HDD, which can be enjoy on any DLNA compatible device connected to their home network. Users can also expand storage memory by connecting external HDD to “Nasne.” “Nasne” will become available in Japan on July 19, 2012, for a recommended retail price of 16,980 yen.