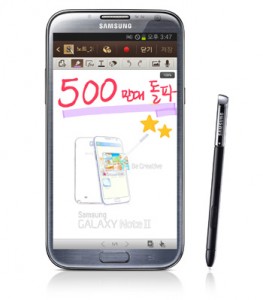 Although last week big news rounded up that Samsung going to have Malaysia as its biggest hub outside South Korea by 2015, the company today announced that its phablet, the Galaxy Note II has surpassed 5 million in channel sales. The new stats released by the giant indicating that the number of units bought by sellers, but not the end users.