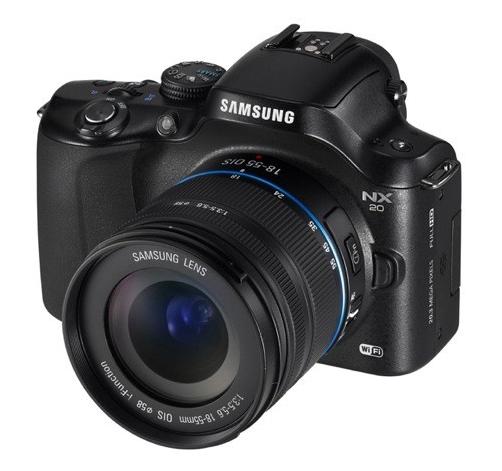 Samsung has unveiled NX210 Wi-Fi-equipped mirrorless camera along with NX20 and NX1000. The company’s NX11, NX100, and NX200 have been replaced by the NX20, NX1000 and NX210. The cameras feature 20-megapixel sensors. All the cameras feature Samsung’s trademark i-Function lenses, which allow you to control various exposure settings with a ring and button, set into the barrel. You can connect to your (presumably Android-only) phone via the Mobile Link application; you also have the option to access services like Facebook, Picasa, and YouTube from the camera itself. The NX20 will be available for $1,099.99 in early May, with the NX210 following for $899.99 in mid-May. Pricing and release information for the NX1000 will be coming at a later date.