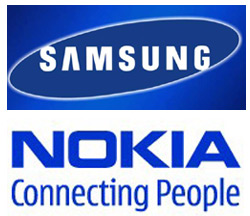 This news going to be big, well right now it is nothing more than a piece of rumor, but who knows what happens when. The rumor mill this time is making the waves that Samsung is interested in buying (via taloussanomat.fi) Nokia – Yes, Nokia, dazzled, but the news at least stock market – the Finnish mobile giant stock up over 11%.

Now, just wondered what will happen if you were to combine the world’s largest and second largest mobile phone companies – I’ll say I love it. Other publication, StreetInsider saying that Samsung might be a possible bidder, but rumors making waves that China’s Huawei coming with $20 billion bid, with some point it out that Microsoft could make a move.

Update: Samsung over Nokia Acquisition: Reports are purely speculative and are not true. Denied that it having any such plans.