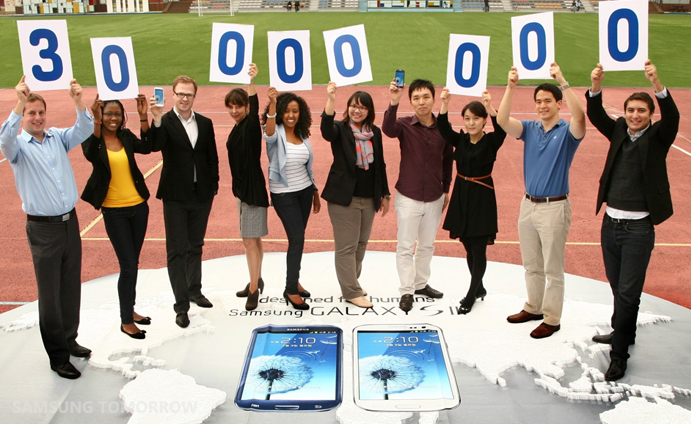 It’s big, big time for Samsung as the South-Korean giant confirmed that it has sold 30 million Galaxy S III units and all that in just 150 days from the time since it launched. The company first reached the milestone of 10 million devices sold during September and October, while earlier it has passed 20 million sales numbers in first 100 days.

“The Galaxy S III continues to be a runaway favorite with customers across the world,” said JK Shin, president and head of Samsung’s IT and mobile communications division, in a press announcement. “Meeting this sales milestone in five months sets another record for Samsung, we are extremely proud and yet motivated to continue to provide our customers with products they love.”