Tizen considered as the successor of the MeeGo platform. It is expected to go live by next month at Mobile World Congress, in Barcelona. However, Samsung’s Bada OS will cease to exist on its own, while it’s SDK and all applications will become compatible with Tizen platform.

We have an effort that will merge bada and Tizen, “said Tae-Jin Kang, Samsung’s Contents Planning Senior VP, mentioned during in an interview at the CES 2012. Kang also added that he didn’t know when the work would be complete but that it was already underway.

Post-integration, developers of both bada and Tizen will be given the same SDKs and APIs. The main idea behind this is to understand how developers will program bada. Once the integration gets finished, Tizen will support mobile applications written with bada’s SDK (software development kit), that will include backwards compatibility for earlier published bada apps. 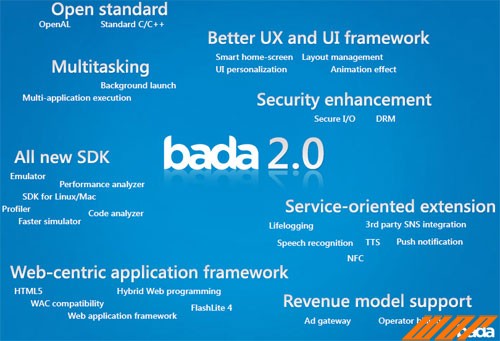